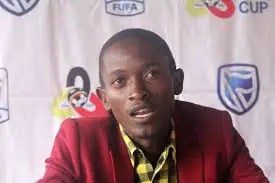 Mbarara City have maintained Brian Ssenyondo as their head coach following a perfect start to the new season.

Ssenyondo is retained in the aforementioned role amidst a number of changes made in the club’s technical and management department.

The changes come two days after the former Synergy FC tactician inspired the Ankole Lions to a comprehensive 3-0 victory over Proline in their league opener at Luzira.

The club is also in search for a goalkeepers coach after partying ways with Ddamba Jamil.

Osborn is now the club’s liaison officer based in Kampala.

Godfrey Tabu is the secretary for finance and welfare while Phiona Kankunda is the marketing officer.

Enock Kayondo will be the club’s medical director while Sulait Mustafa will be the Kitsman.

Mbarara City will take on SC Villa in their second league game slated for Tuesday under floodlights.