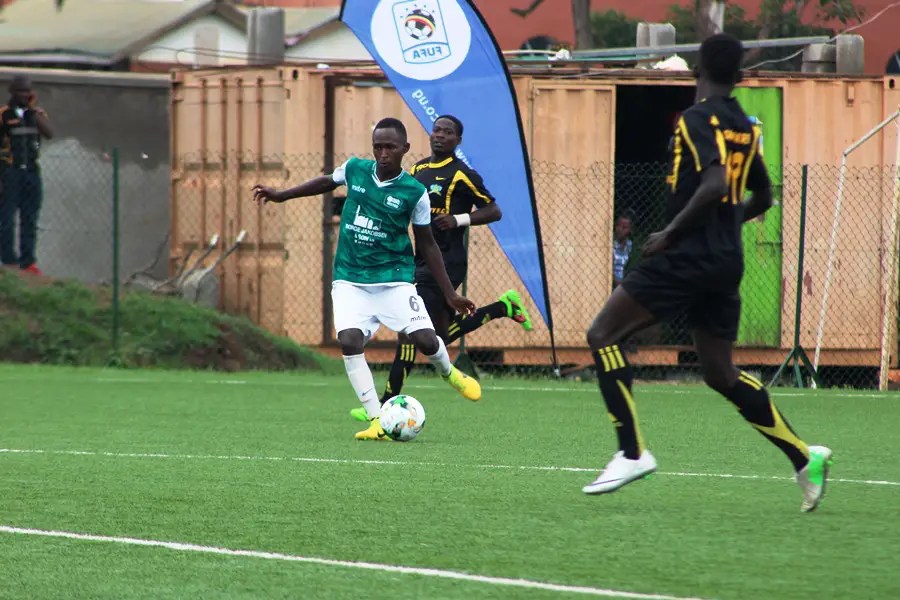 With only 4 days to kick off of the 2017/18 Azam premier season, Mbarara city have finally scooped the signature of one of the biggest stars and MVP of the 2016/17 FUFA big league season.

The striker who also was an integral figure in Synergy’s attempt to win promotion to the league has put pen to the dotted lines on a 2 year deal and he will represent the Ankole lions next season.

Confirming the deal to www.swiftsportsug.com, Mbarara CEO Fred Mugalu could not hide his delight at securing the signature of the much coveted striker. He said,

” I am exceedingly joyous and delighted that we have finally  completed  the deal to sign this young prolific striker, it has been a real tag of war as he was so much sought after by many teams in the league”.

“Thank God he has chosen to join us and we expect goals from him. He is the final jigsaw that has been missing in our puzzle, we are now raring to go come the new season. “

It should be remembered that despite defeat for Synergy at the FUFA Big league play off finals, Okwalinga’s reputation was left unscathed as he was on target against eventual winners Mbarara City.

Mbarara City will play a friendly match against Express FC at Kakyeka Stadium on Saturday 9th.