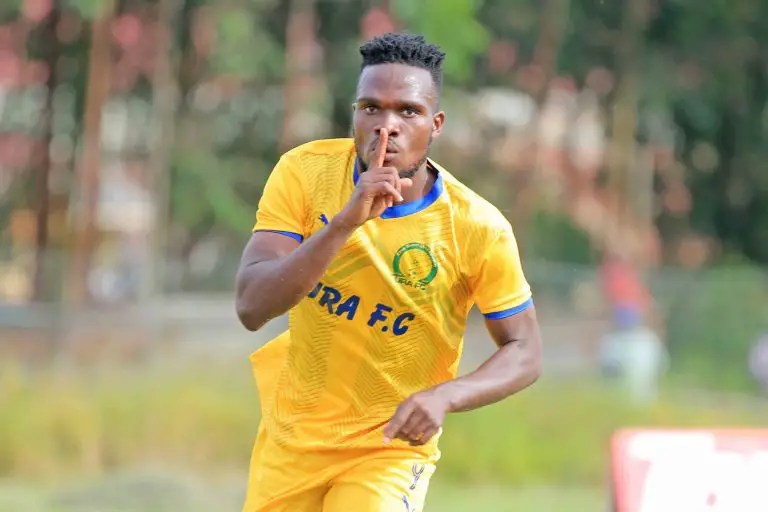 This fixture has not produced a winner for the last previous six meetings. It was with no surprise that the same result happened when they met again at Kakyeka stadium in Mbarara.

Mbarara city were handed with the best opportunity of the first half when referee Nasser Muhammed awarded them with a penalty but new striker Bashir Mutanda failed to convert from six yards.

Mutanda’ s miss proved more costly when the lethal Steven Mukwala expertly controlled a lose ball inside the area to put URA in the lead on 24 minutes.

Brian Semugabi’s men were not broken by the Mukwala’s goal as they continued to dominate affairs and were ultimately repaid in the 81st with poacher Jude Semugabi finding an equaliser for them and consequently a much deserved point.

URA will have host Solitilo Bright stars next week on Tuesday 8th at the Arena of visions in Ndejje Bombo.

(Featured image is of Steven Mukwala celebrating his goal for URA, courtesy of URA media)