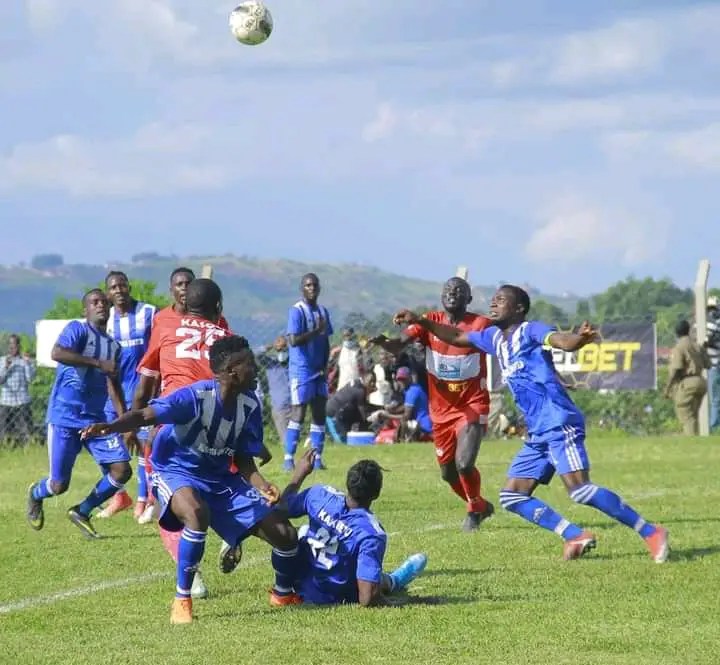 Richard Matovu scored the all important goal as Kyetume FC was defeating Busoga United 1-0 at their newly approved home ground in Nakisunga.

The victory successfully put a halt on Kyetume’s winless streak which lasted for 13 league games starting in December last year.

Kyetume would have been upfront before halftime but their captain Musitafa Mujuzi failed to convert a penalty at the half hour mark. His effort went wide.

Matovu saved Mujuzi’s blushes when he scored the lone goal in the 58th minute off a Feni Ali.

The much needed victory was also the first under the current coach Jackson Mayanja who replaced Alex Isabirye.

Kyetume will next host Wakiso Giants on Friday 23rd at the same ground.

Busoga United will be in the Eastern derby against BUL at Kyabazinga Stadium in Bugembe on Saturday 24th.