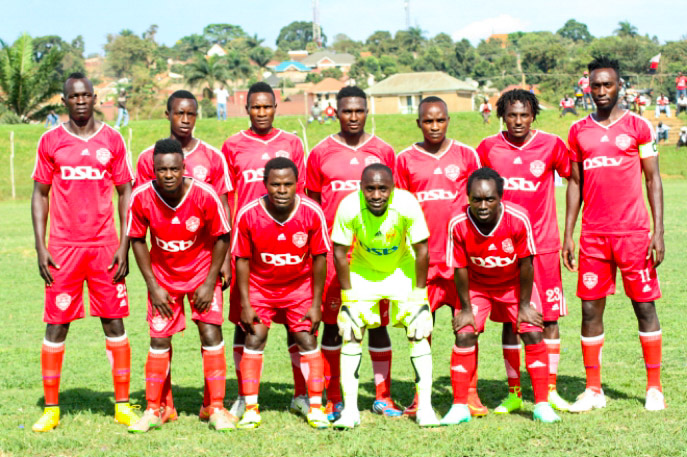 Struggling side Express will vie for 3 priceless points against bottom placed Masavu FC in the Azam Uganda Premier League encounter at Wankulukuku.

The Wankulukuku outfit is currently sitting in the relegation zone with 8 points collected from 8 games played while their opponents Masavu FC lie in the 16th position with 4 points from nine games.

The hosts, Express FC have gone 3 matches without victory having lost to Onduparaka and BUL before sharing spoils with Bright Stars at home in a goalless duel.

Masavu boasts of a worse streak, having gone winless in the last 7 league games managing only a draw and losing six, worse still conceding 9 goals in the 3 most recent fixtures.

This will be the first league meeting between the two sides but have ever met before in the round of 16 of the Uganda Cup early this year at Wankulukuku where Express emerged 2-0 victors courtesy of a Saddam Juma brace.

Masavu tactician Alex Gitta who is also facing his former pay masters, is on borrowed time after his side’s poor display in the recent fixtures and has been tipped off as the next coach to be sacked.

His opposite number, Douglas Bamweyana has played down any room for complacency from his team.

“The international break has been a blessing to us because we have got enough time to work on our weaknesses especially when it comes to goal scoring. We have added changes and alternatives in the offensive department.”
He adds

Skipper David Ndihabwe and striker Andrew Sekayombya will miss out for Express after sustaining minor injuries in training.

On the other hand, Nicodemus Mande Ikesit remains the only sidelined player in the Masavu camp while Lawrence Bakilanze and Onesmus Andama are doubtful after making a return to training.

Mansoor Mutumba is expected to be given a nod ahead of Ali Kiggundu in the Masavu goal and will be making a return to haunt his former side.

A win can elevate the visitors from the bottom to the 15th place while Express can go as far as the 11th position.