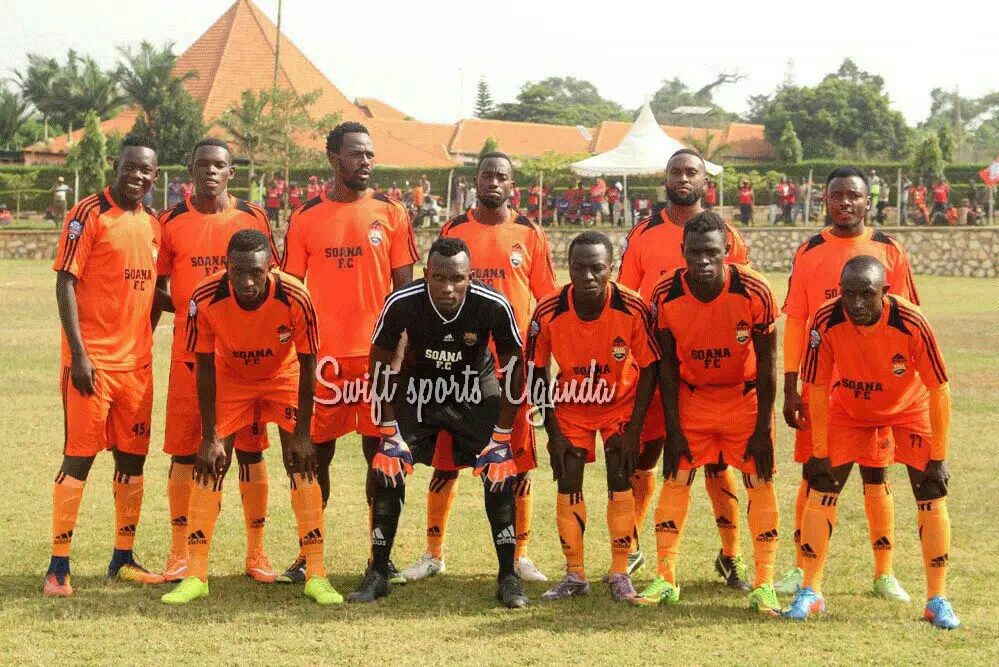 Soana FC line up that started against Vipers

Mbarara City Fc will tussel it out with Soana Fc in the Azam Uganda Premier League today at Kakyeka Stadium.

The Ankole lions will look to increase on their 6 match unbeaten run since the appointment of coach Ibrahim Kirya to 7 in the Azam Uganda Premier league.

Alex Isabirye will be returning to Mbarara town where he previously worked with Big league side Nyamityobora and will be aiming for his first victory since taking helms at the Kavumba based side.

Mbarara City come in this fixture following a goalless draw to the Police while Soana lost to Vipers Sc 1-0, thanks to a late Dan Muzeyi Sserunkuma strike.
The first round meeting between the two sides at Kavumba ended in a barren stalemate.

Ibrahim Kirya is very determined that his players are in good conditions to fight for victory. He says,

“We have prepared very well for the game, the attitude in our camp is positive and we are in pole position to fight for three points at home.”

Owen Kasule, Sam Kansiime, Hillary Mukundane are expected to have a great impact on the game for the hosts.

Alex Isabirye has no fresh injuries ahead of the trip to Mbarara and will have his hopes of a result in Allan Kayiwa, Steven Bengo and striker Simon Okwi.

Mbarara City are currently 10th on the log with 20 points, victory will see them propel to 8th incase other results go in their favour whereas Soana lies 12th with 19 points on the table.