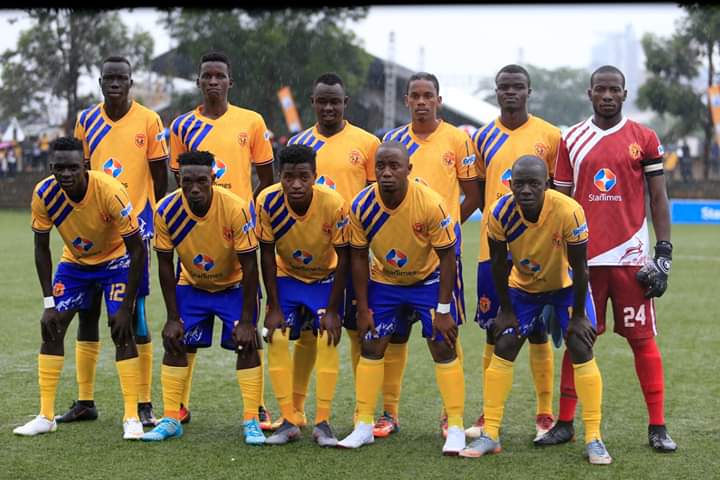 KCCA FC will hope to build on their dominant record over the Jinja based side when they travel for their first away match of the season.

Busoga United ( Former Kirinya JSS) have never beaten KCCA since their elevation to the top flight but have managed to atleast force a draw in 3 of the last 5 meetings.

They will hope that the going talisman continues with his rich vein of form that has seen him score in each of their last 5 matches.

On the other hand, Busoga United lost 2-1 to Tooro United in their opener.

Last season, KCCA humbled Busoga United 2-0 on the road, thanks to a Sulaiman Mutyaba brace.

“We have a great record against them but they are a competitive and ambitious side. We expect them to give us hard time as they have always been to us but we believe we have enough to win them.”

“We also expect them to come to play and this will make our job easier because no side can use the ball better than any other side.”

Abbey Kikomeko coached side will rely on Joel Madondo, Dan Ssewava and Douglas Muganga to inspire them to their first ever win over the Lugogo outfit.

The visitors will look up to inform Allan Okello, Muzamir Mutyaba and Sulaiman Mike Mutyaba for maximum points.

EXPRESS VS BRIGHT STARS : Wounded sides aim to get off the mark
MATCH PREVIEW : Tooro United positive of maiden win against bullish Vipers