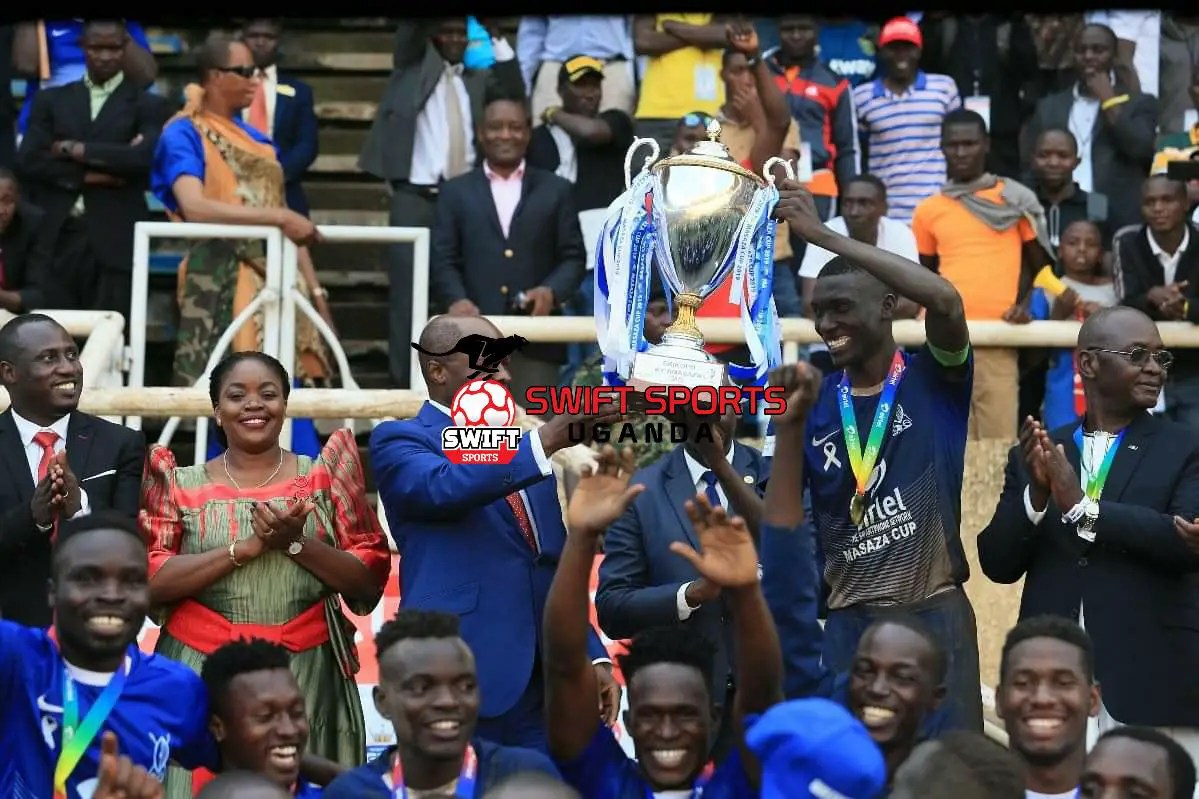 No team has defended the Masaza cup championship since 2004 but Bulemeezi look destined to rewrite the history books according to experts who have followed this tournament over the years.

2019 losing finalists Busiro have done their homework and on paper, they have the strongest squad but they fall shot in experience. Gomba have the best technical department whereas 2016 winners Buddu have the freshest squad and they appear to be the most prepared of all four contenders.

Here is how our experts have analysed the four semi finalists.

“I expect Bulemeezi and Gomba to play in the finals but I tip Gomba to win it even though coach Simon Peter Mugerwa is the only coach to have won it among the remaining four.”

“Gomba will win it because they have a good and experienced technical team that consists of Ibrahim Kirya and Felix Kawooya Ssekabuza and have shown signs of winning the title. An experienced group of players and their scoring rate gives them a slight advantage.”

“The Busiro team has a blend of experience and youth. Players like Juma Kirabira, Adadi Mutumba, Robert Ssentongo Kayuni, Malida Kuteesa, Gerald Ogweti, Edward Desty Mubiru know what to do. I greatly believe they will win this tournament.”

” I think Busiro will take it considering how they prepared for the tournament and basing on the squad list I think they have the best squad compared to other remaining teams. Maybe Bulemeezi can come close to that.”

“And since Bulemeezi won the last edition, we can’t overlook the fact that no team has retained this trophy since it’s inauguration in 2004 so the odds of Bulemeezi defending it are less but since they retained most of their players and the head coach you will give them a benefit of doubt”

“All teams have had almost the same problems rotating on finances, Buddu has leaders on the pitch from players like captain Farouk Yawe, Angello Kizza, Diego Hamisi Ssemugera among others. These players are so determined so they stand high chances of winning their tournament to me.”

” It will be either Busiro or Buddu. Both teams have a big thirst for results, good and experienced players. Their coaches are tried and tested. But the Busiro team seems to have higher chances of taking it.”

Kizito during his time as Kajjansi United coach

” The Gomba technical team is the best in this tournament and in addition to that, they have experienced players. They have aggressive strikers who can score at any moment and have been scoring more than one goal. They have also been able to rally from a goal down to win so they can defeat any team. I think they will emerge victoriously.”

“To me, the defending champions stand higher chances of winning the tournament. They have invested heavily in terms of money and time.

” Buddu and Bulemeezi have a great team ethic. We have seen that all players work as a team and they do not have that one player to rely on. That’s why I believe any of those two teams will take it home”

” Both Busiro and Bulemeezi have been built on pillars of resilience and endurance. This gives them a higher chance of playing in the final but to me I see Bulemeezi being a better side in the final probably winning after a penalty shoot out.

It should be noted that Bulemeezi are the defending champions of the prestigious tournament, they edged Busiro 1-0 thanks to an Emmanuel Loki goal at Mandela National Stadium in Namboole in 2019.