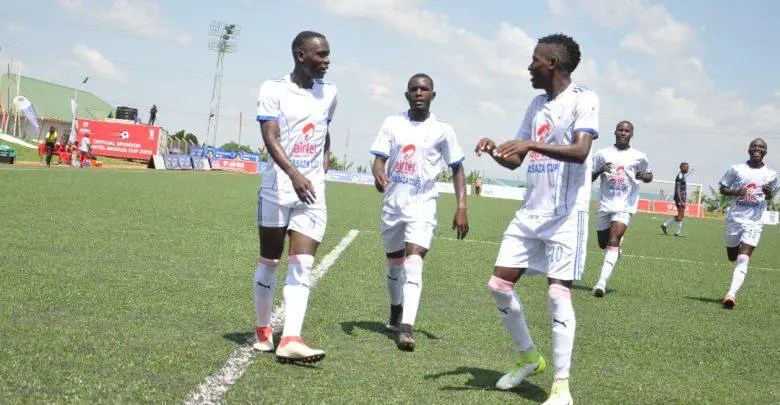 Bulemeezi and Busiro won their respective games to storm the semi finals of the prestigious Airtel Masaza Cup tournament.

Gabriel Elagu scored an early goal in the 7th minute while Hakiramu Muzanyi grabbed a brace in the (75th and 79th minutes) to inspire Bulemeezi past Busujju.

Shafik Kakande scored the consolation for the losing side.

In the other game of the day, Malida Kuteesa scored the lone goal as Busiro beat Mawogola 1-0.

Action will resume tomorrow Tuesday 19th January with record champions Gomba playing against Bugerere at 12:00pm before the 2016 champions Buddu face off with Mawokota at 3:00pm.

Charles Bbale of Gomba is currently the leading scorer with five goals followed by Arafat Usama and Gerald Ogweti both of Busiro tied on four goals.

The semi finals will be played on Thursday 21st with Busiro playing against winner between Gomba and Bugerere at 12:00pm while Bulemeezi will face the winner between Buddu and Mawokota at 3:00pm.

The final which will be graced by the Kabaka of Buganda Ronald Muwenda Mutebi II will be played on Saturday 23rd January.