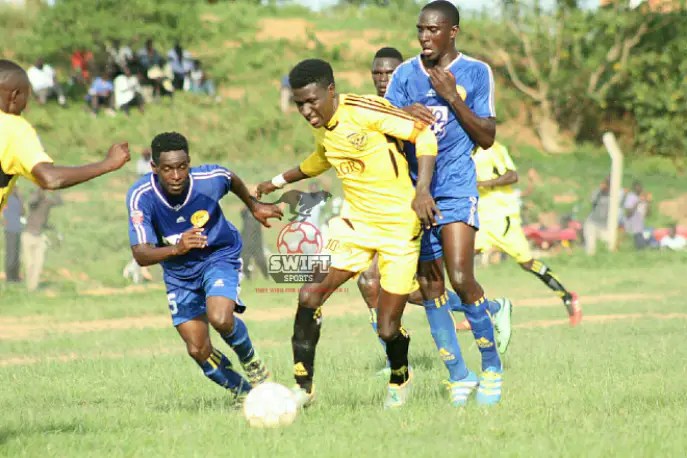 Captain Ndugwa should be in inspiration form to lift Masavu

Masavu takes the intriguing relegation fight to Arua to take on inmates Onduparaka FC as the league resumes from a one week international break.

Onduparaka will seek for revenge against Masavu having lost the reverse fixture 2-1 at Bugonga in the first round courtesy of goals from Abraham Ndugwa and Ddumba Sadala.

Masavu FC will be seeking for their first victory since the second round kicked off having drawn 5 times and the most recent 1-0 defeat against SC Villa.

Onduparaka played to a goalless draw against UPDF at Bombo and this will be their first game at home since losing to SC Villa weeks ago.

Fresh from an impressive display at the national team, Abraham Ndugwa together with James Kasibante and Salim Wekiya are expected to be key for Masavu in this fixture. Arthur Ssemazi will miss out on the tie due to fitness concerns.

The caterpillars will rely on skipper Rashid Toha, Rajab Kakooza and Allan Busobozi who put up a good performance in their last encounter against UPDF at Bombo Barracks Grounds.

Midfielder Ivan Mboowa and Kabon Living are doubtful for the Arua based side and are subject to a late fitness test. Ezra Bida will miss out on the encounter as he is with the national team the Hippos (U20).

Should Masavu earn any positive result in this fixture, they will move away from the bottom of the log since their counterparts Express as Proline won’t be in action until Tuesday.

A win for Onduparaka can see them move from the sixth to the fifth position on 33 points.