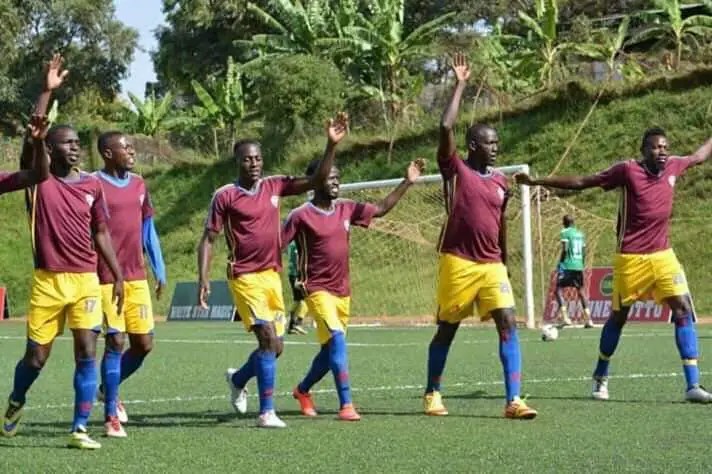 Having won the first leg 2-1 at Luzira Prisons grounds,  Maroons FC target a double as they make a long trip to Arua against the Caterpillars.

Onduparaka FC come into this fixture having played to a goalless draw with Vipers SC at the Green Light Stadium Arua.

Onduparaka FC last tested victory at home on 16th- December against Police. They have now gone 4 games minus registering a win in front of their home fans will target maximum points.

The Caterpillars camp is boosted by the return of Ceaser Okhuti, Rashid Okocha and Denis Okot, they all missed the Vipers game.

Saddam Norman is in pole position of starting at left back ahead of Okocha on account of his man of the match exploits against Vipers.

Robert Ssekweyama will have to bear with the absence Rashid Agau, Skipper Allan Anguyo and Maxwell Okello,Seif Batte, Pius Akena and Ronald Kikonyogo  as he puts his trust in Pius Obuya, Solomon Walusimbi, Eddie Kapampa and Bronson Nsubuga to lead his side to a positive result.

He echoed the same sentiments in his pre match remarks.

” We know it will not be an easy game for us but our strength is in our style of play, we take every game as a cup final and we are in Arua for maximum points.”

Onduparaka who are 6th  can leapfrog BUL FC moving to 35 points while 13th Maroons can also move a position above replacing SC Villa provided the fixture between KCCA and SC Villa go in their favour.