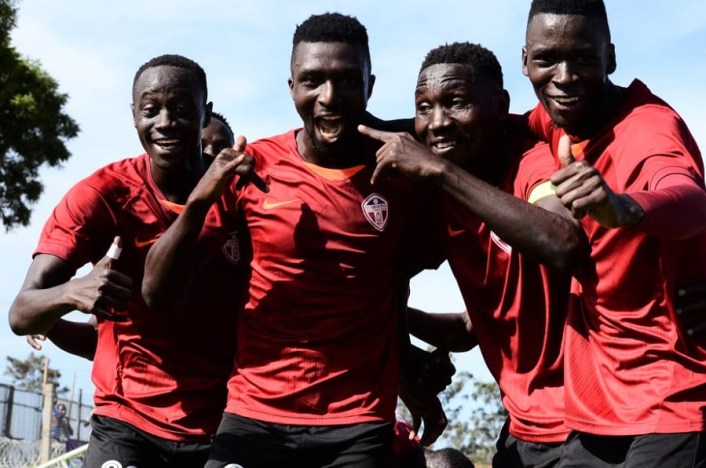 Maroons players celebrate one of their goals against Terrazo and Tiles

Maroons FC advanced to the last 16 of the Stanbic Uganda Cup with a 7-1 aggregate win over Mbarara based Terrazo and Tiles in the round of 32.

After a 1-1 draw in the first leg, the Prison side humbled Terrazo and Tiles 6-0 in the return leg that was played at Luzira Prisons Stadium on Friday.

Mudali fired the home side into the lead in the 11th minute before Olinga doubled their advantage at the half hour mark converting from the spot.

Obuya made it three early in the second period before assisting Tusubira for the fourth.

On the hour mark, Obuya completed his brace and the fifth for the Prison side. Amaku extended the hosts lead in the 75th minute.

Maroons join BUL FC, Vipers SC, URA FC and Proline FC who also progressed to the round of 16. They will await their next opponent in the draw that is expected for next week.