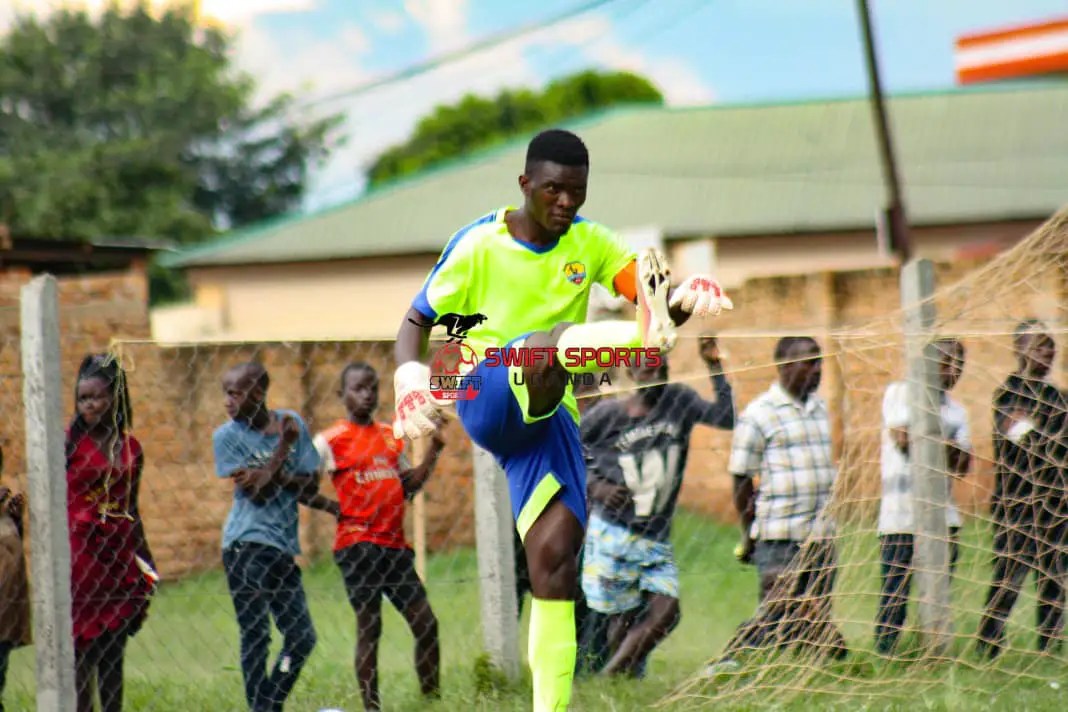 Yawe in action for Luwero in a recent match

Luwero United captain Farouk Yawe has reaffirmed that his team have what it takes to make the grade for the promotional playoffs.

The goal keeper known for acrobatic saves and penalty saving antics has been a colossal figure in Luwero’s journey so far.

“I believe in the abilities of  my teammates. They are good enough to guide the team to play offs, most of us have ever been their before.”

“The players know what we want, they are determined and I know they will fight until the last minute. It is during this break that we shall work on correcting our mistakes.”

Yawe was instrumental in guiding Luweero United to the big league.

His heroic saves in the Buganda region promotional play off final when he saved a penalty in normal time and two others will always be remembered the history of the club.

The Kosovo Boys completed the first round fourth with eight points from seven games.