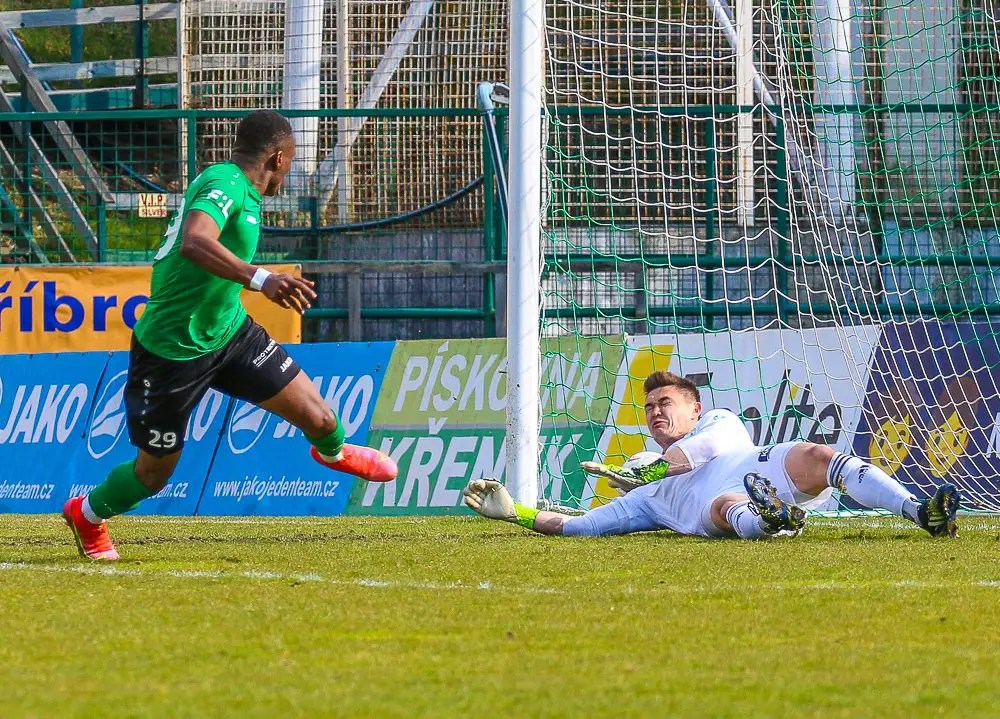 Striker Edrisa Lubega scored his first goal for FK Pribram in the Czech Republic top-flight league since his move from Estonia about a month ago.

Lubega scored the lone goal that turned out to be a consolation as Pribram lost 4-1 to Bohemians Praha in a game played on Wednesday afternoon at the Stadion Na Litavce.

The Uganda Cranes forward who was marking his fourth appearance in the league, was on target in the 79th minute when he slotted the ball beyond the goalkeeper.

Lubega recently moved to Czech Republic on a one and half year loan deal after a successful season in Estonia with Paide Linnameeskond.

His side Pribram FK are on the verge of being relegated to the second tier having collected 17 points from 28 games to sit second from bottom.

They have only six games left to save their season and will visit MFK Karvina on Sunday 25th April.

Isaac Muleme is another Uganda Cranes player who plies his trade in Czech Republic with Viktoria Zizkov in the second tier league.