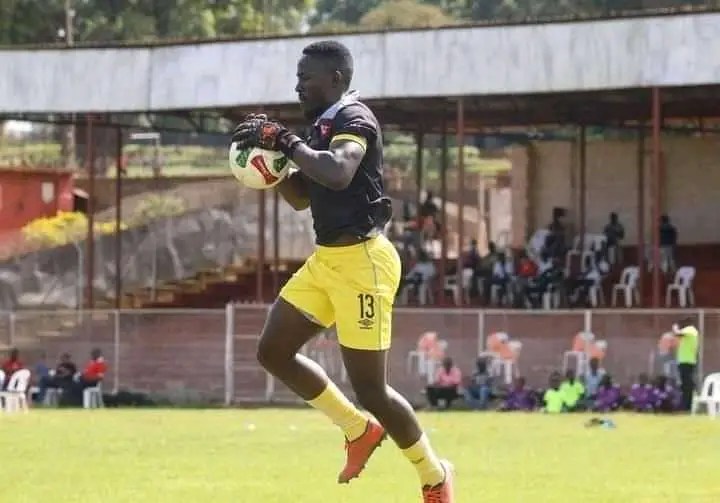 Express FC goal keeper Chryspus Kusiima is in dreamland after guiding his team to their first home win over Onduparaka and also maintaining their chase on the table leaders.

He was in goal when Express registered a 2-0 victory over Onduparaka at Muteesa II Stadium in Wankulukuku.

Eric Kambale bagged a brace that ensured Express’ maiden victory against Onduparaka ever since the Caterpillars gained top flight.

Kusima appreciated his coaches upon the trust for the long awaited debut,

“Firstly I thank my coaches for the trust which enabled me to make my debut. It was a dream debut to me because I kept a clean sheet and most importantly the team won”.

He told the club media

“I look forward to doing better when given the opportunity again.”

The Red Eagles are third on the table with 43 points four behind table leaders URA and there behind second placed Vipers SC.

They host URA on Saturday 1st-May in the Stanbic Uganda Cup at Muteesa II Stadium Wankulukuku.