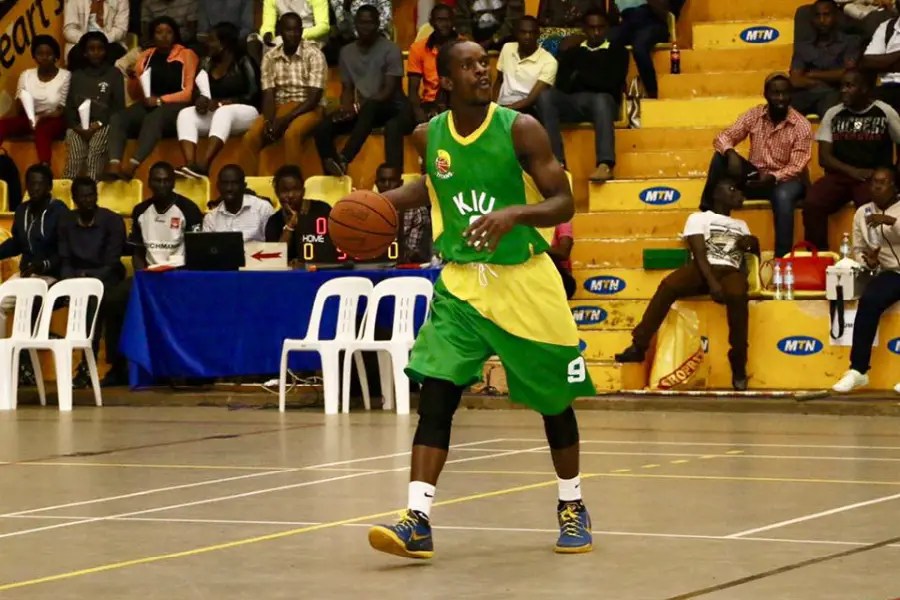 Pemba Warriors came into the game with one option, winning the game and push the series to game 5. Their intentions were written all over the courtyard in the opening minutes of the game.

Warriors were 5-0 up by the 7th minute with Mark Opiyo scoring a 3 pointer adding to Ami Saidi’ early 2 points.

Warriors went a head closing the first quarter with a 6 point lead, 22-16 as well as dominating Titans in all game aspects.

It was KIU Titans’ Denis Balungu who opened scores in the 2nd quarter with a 2 jump shot to close the gap 22-18 before Stanley Mugerwa restored the 6 point lead with a nother 2 jump shot to make it 24-18.

Warriors went into half time with a 9 point lead, 36-27 as well leading the 3rd quarter 50-42 with their shooting guards doing the job right.

In the last quarter KIU impressed as they pushed Warriors back forcing them to committing foul after foul which paid them off with a number of free throws.

Sudi Ulanga looked fired up capitalising on Warriors’ fouls as KIU closed the gap and later winning it 74-55 which put the serie ratios won at 3:1.

They now they take on City Oilers in the 2017 Men’s NBL final.