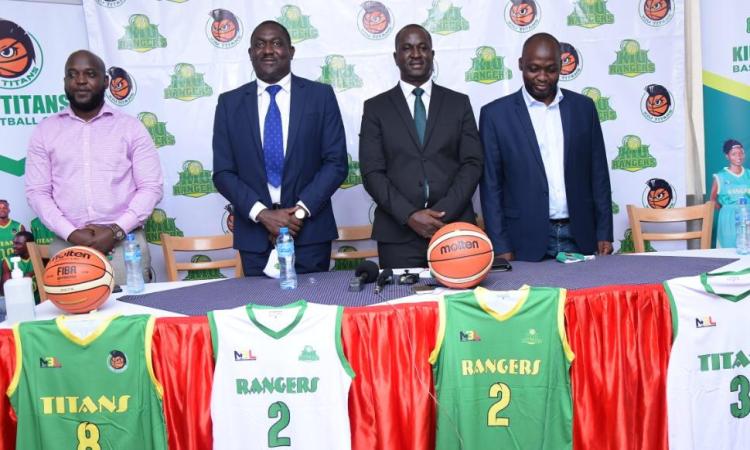 KIU Basketball have announced the appointment of three to the board of directors. These are Mark Ssali, Alex Busigye and Laman Napio Masaba.

The trio was unveiled on Friday, 8th January 2021 at a press conference held at Kati Kati, Lugogo

“As KIU Basketball, we have realised that for our teams to grow and develop both locally and internationally, we need to have proper organisational structures in place.”

It is paramount that we have a board of directors and management team that can work towards the development of our clubs. We also realised that if you want to attract serious partners on board to associate with you, then you need to be well structured and organized.” That’s is why we have chosen this direction.”

“It feels great to be called upon to serve the game I so dearly love, I hope I can add value to a team with such great potential and have some fun while at it.” Said Ssali

Ssali is a former Basketball League champion and National team player, who also competed in football and other sports discipline at the highest level in the country. He is also a long serving Sports journalist of National and International repute. Ssali also sits on the Express FC advisory Council and is a member of the National Council of Sports.

He is a communication aficionado with over ten years of working experience on three continents. Busigye is also the owner of Nile Valley communications, a boutique public relations firm offering best in class services to various local and international businesses.

Laman Napio Masaba is the other board member

He is a banker and s risk consultant at one world consultants. He is also on the management team of Proline FC.

Franklin Kaweru has also been appointed as the Head of communications at the club.

KIU Basketball Club was formed in 2002 and came came short of winning the league in 2017 before falling to City Oilers in the final series.