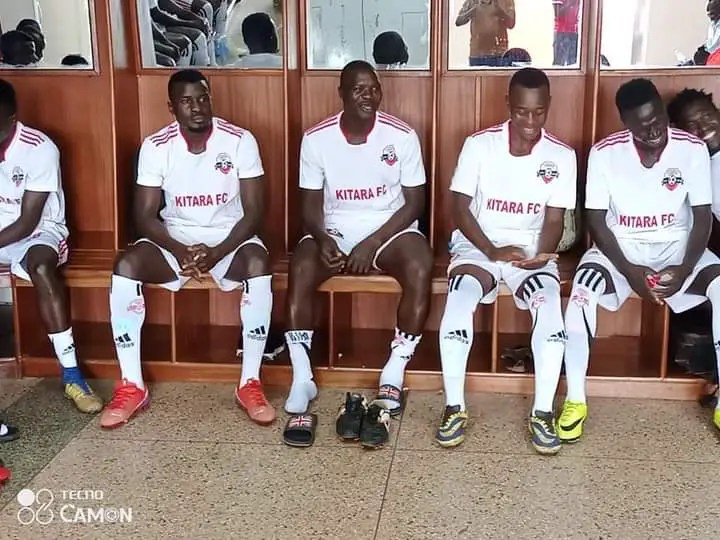 Uganda Premier League entrants Kitara Football Club have embarked on renovating Masindi stadium as they plan to use it as their new home ground.

The Hoima based side earned a top flight promotion after edging Kiboga Young (Mbale Heroes) 1-0 in the promotional finals courtesy of Brian Mayanja Mululi.

They have been hosting from Kavumba Recreation Grounds and the distance seems to be so long where home games have turned to be away games to them.

Mugerwa Francis the vice president in charge of communication explains the hardships they go through,

“We qualified late and we did not have enough time to prepare the stadium to use so we had to hire Kavumba as our home ground which is very far from Hoima turning our home games into away games.”

The expenses are so high players have to move over 200 kilometers which is so tiresome to players and fans.”

He calls upon all fans, well wishers and football lovers to come up and support them,

“We call upon well wishers and fans to come and support us on this beautiful cause.”

Kitara used to host the big league from Kigaya grounds in Hoima but it’s standard could not be approved to host top flight games.

By the time the Uganda Premier League was called off due to the international break Kitara on the bottom of log with one point from five games.

Their next fixture will be against Bright Stars on 13th-02-2021 at Kavumba.