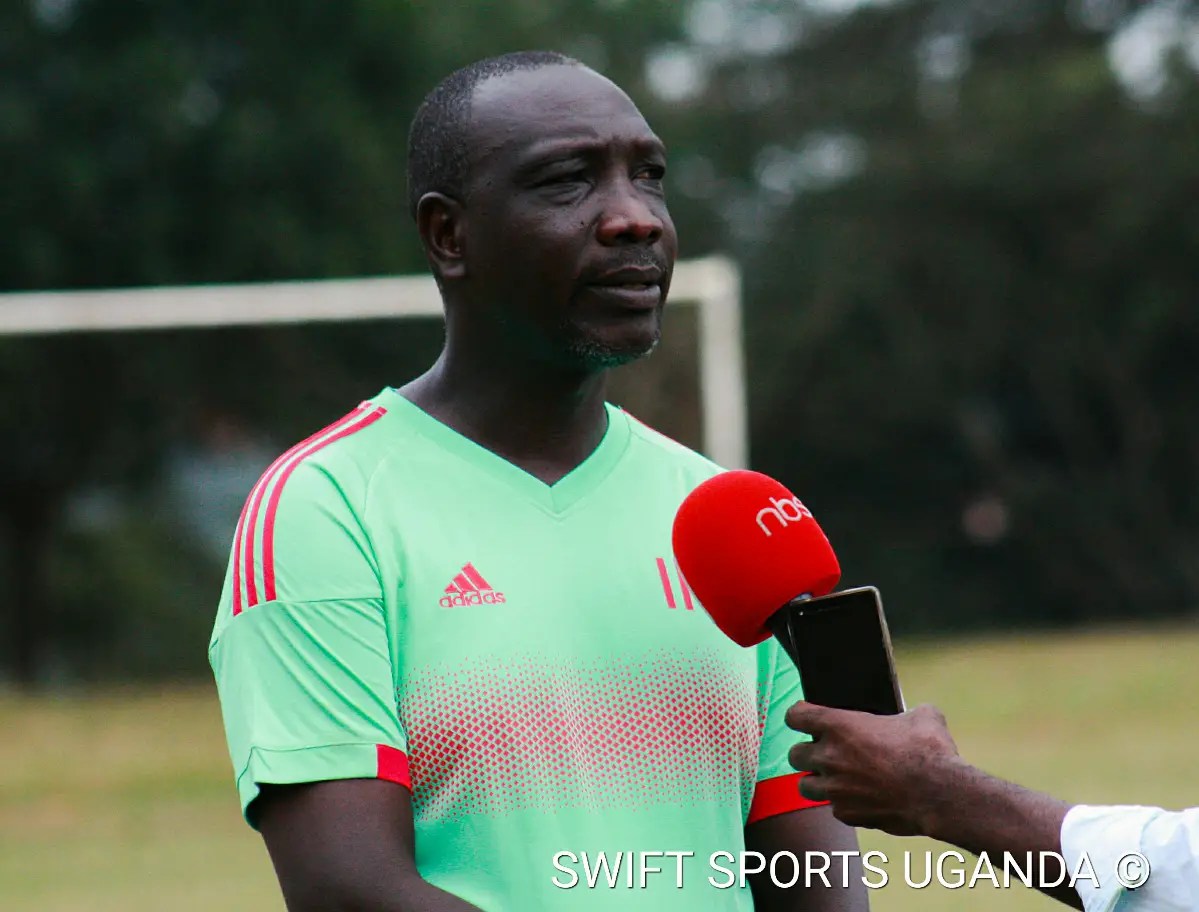 Head coach Ibrahim Kirya who conducted his first training session has set a tough target for his team which is gaining promotion on the first time trying.

The bold spoken Kirya told the media that,

“Our ultimate target is gaining promotion tight away, we need to take every game serious and with focus all is achievable”.

Today, majority of the players have trained apart from Steven Bengo and Mudde Swaibu who are injured.

Players stretching their muscles during the first session

Kirya is not afraid of the Big league and asserts that there is no big difference between the topflight and second divisions.

“The Big league is like the topflight division since we use the same number of players and one ball.

“I remember when I joined Gomba in the Masaza cup many thought I was not going to perform but I am having great performances.”

The former URA FC and Villa tactician also believes the strong relationship he has with the playing staff will be key in his target pursuit.

“I know these players, they also know me very well, this chemistry and understanding will enable us work amicably and pull in the same direction”.