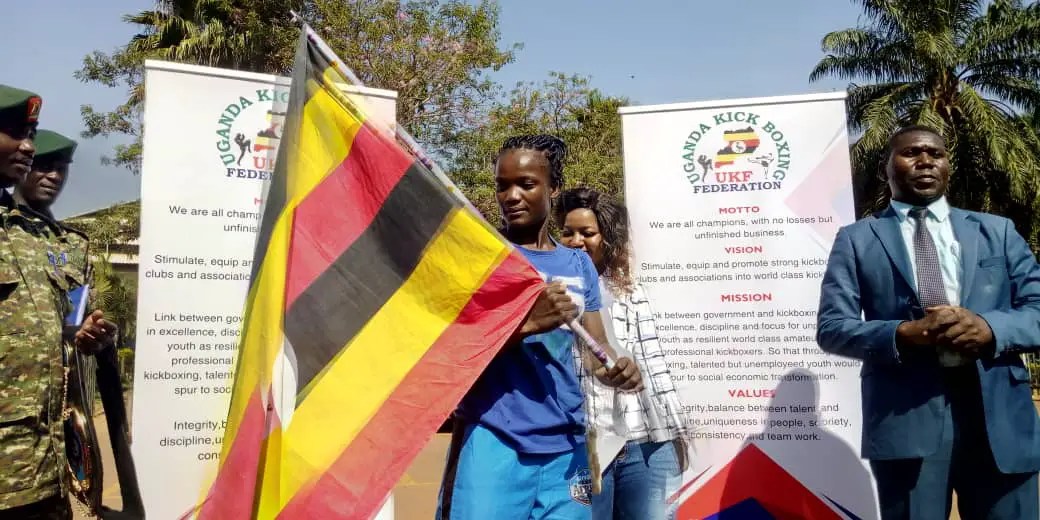 Patricia Apoloti has been flagged off today at National Council for Sports for Austria where she will play two non title fights this month.

She will lock horns with Hungarian Boglarka Bother a former amateur junior Boxing champion on Saturday 23rd March in Austria, Sopron and then on 30th March she will tussle it out with Serbian Branka Arambasic.

Apoloti believes the two fights will help her prepare for the world title fight slated for May this year.

“I am delighted that I will have two fights in Austria, I believe they will help me prepare for world title fight slated in May this year.” I thank National Council for Sports and the Uganda Kickboxing Federation for the support.

“I humbly request NCS to help us the sports women and men who travel to get us diplomatic passports and also give more support to the Kickboxing fraternity with more funds.”

“We have worked hand in hand with the ministry of foreign affairs to deal with sportsmen and women who travel to other countries to get passports early enough.

“The ministry put in place a sports diplomacy desk which will be responsible to all our representatives in sports to acquire visas early enough.”

“We as National Council of Sports, the law tells us to deal directly with the Federations not the players but we try monitor whether our support reaches to the players.”