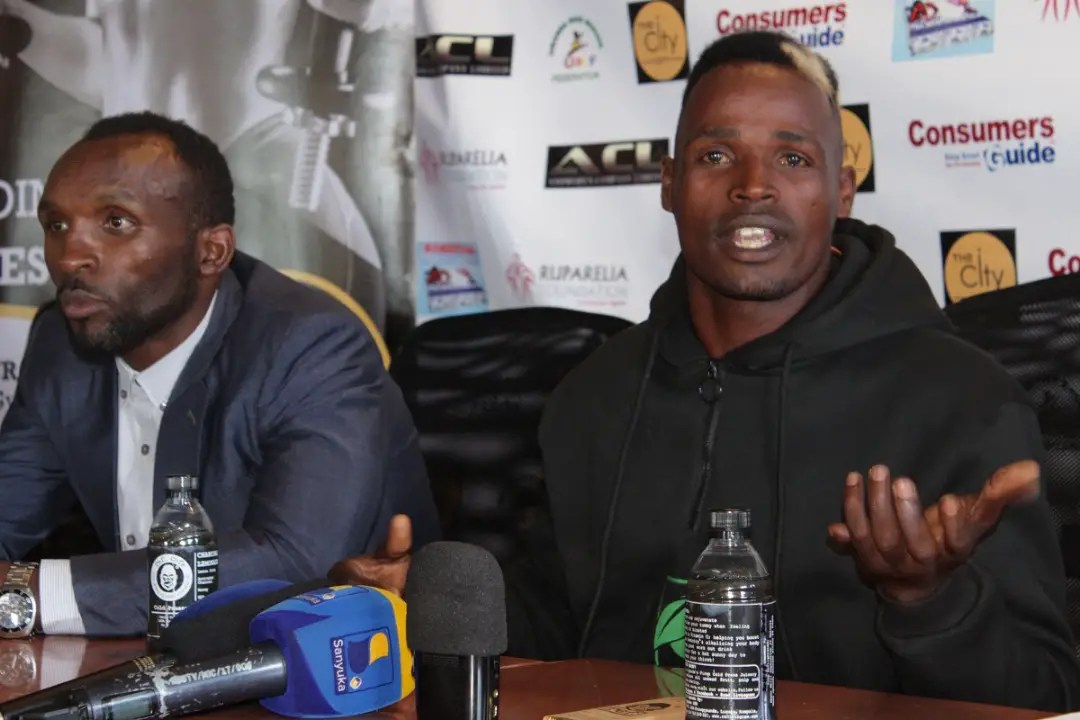 Alex Matsiko “The Lion” has organized a charity kick boxing fight named dance of the Lions which is slated to take place on 26th December in Kabale district.

According to Alex Matsiko the major objective of the fight is to collect funds to facilitate Kamukira and Kitoma health centers found in Kabale District.

“I am organizing this fight to give back to my home area in Kabale district. We have poor health centers and through this fight we are looking for funds to help in buying equipments and the renovation of Kamukira and Kitoma health centers.

“Both hospitals are in a poor state and I believe through unity this fight will be a success. I thank my sponsors for the great support rendered to me and I am training hard to see that I win the fight in my home district.” He stated.

Matsiko will be taking on El Medhi Lakrami Bernoussi from UAE. The other main fight on the night will see Ausi Mbata facing Musa Al Muzahim. Both fights will be played in the K1 style.

Mbata who is locally based in Mbarara District also confirmed to his fans victory on the night and requested Umar Semata for fight.

“I thank the sponsors for organizing this fight that will be helpful to the people of Kabale. I only promise my fans glory on the night but after this fight I humbly request the Uganda Kickboxing Federation to organize a fight between me and Umar Semata.”

Alex Matsiko has 19 kick boxing fights registered onto his name winning 15 and losing 4 while
Mbata has 6 fights, winning five and his only loss was against Moses Golola.