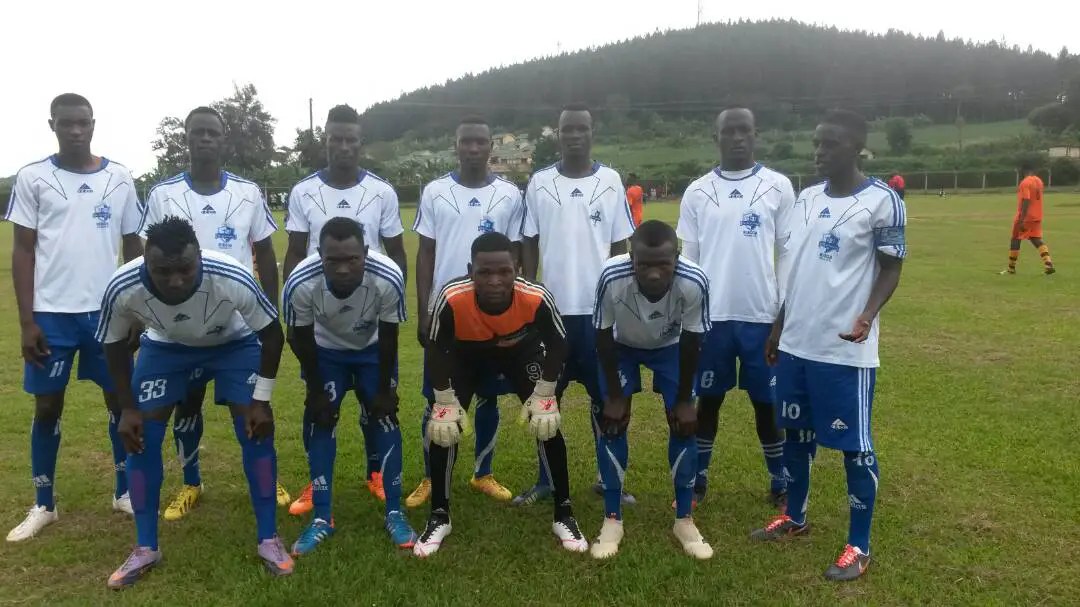 Kiboga Young defeated Luwero United 3-1 to clinch the Buganda Regional League Championship and set up a final date with Kampala’s Katwe United for the ultimate slot in the restructured 2018-19 FUFA Big league.

A brace from Isaac Otto and a goal from Jude Semugabi were enough to ensure Kiboga Young breaks Luwero United’s resilience that had seen them march to the finals unbeaten throughout the regular season.

Isaac Otto gave Kiboga Young a half time lead when he flawlessly converted a well weighed cross from Brian Ayuka past a hapless Farouk Yawe in the Luwero United goal.

Few minutes into the second stanza, Otto repeated the feat to double the lead from a keeper to beat situation.

Jude Semugabi then stretched the lead out of Luwero United’s reach with an exquisite header off a Brian Ayuka free kick.

Bright Kone found a consolation for Luwero in the dying minutes when he headed home from close range off a superb Timothy Oyam headed pass.

Victory means Kiboga Young, coached by Felix Ssekabuuza will face off with Allan Ssewanyana’s funded club Katwe United in a two-legged final to determine who joins the FUFA Big League.

Katwe United emerged champions of the Kampala Region after edging Kisugu United 2-1 at the StarTimes Stadium Lugogo a fortnight ago.

Kiboga Young will host the first leg in Kiboga on Wednesday 23rd May before travelling to Katwe for the return game on Sunday 27th May.