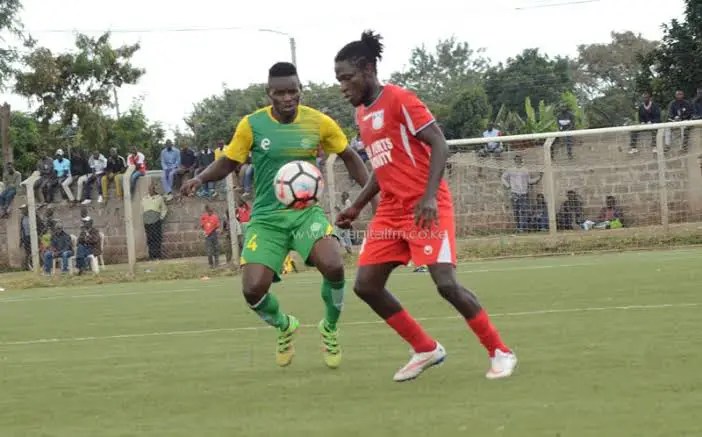 Kenyan record champions Gor Mahia have completed the signing of Ugandan left back Fred Nkata who has been a free agent since leaving Bandari FC at the end of last year.

Nkata has officially joined K’Oghalo on a two year contract.

He left Bandari following the expiration of his employment contract and now becomes the third Ugandan left back to play for Gor Mahia in the recent past. Others are Godfrey Walusimbi “Jjaja Walu” and most recently Shafik Batambuze who left the club last year.

Nkata has been named in Gor Mahia’s traveling squad to Zambia to take on NAPSA Stars in the return leg of the CAF Confederation Cup final qualification round.

Gor Mahia are trailing 1-0 after losing the first leg to the Zambian pensioners in Nairobi last week. They will have to overturn the defeat so as to book a slot in the lucrative group stages CAF Confederation Cup.

In Uganda, he played for SC Villa and the now defunct entities Lweza FC and Kira Young.