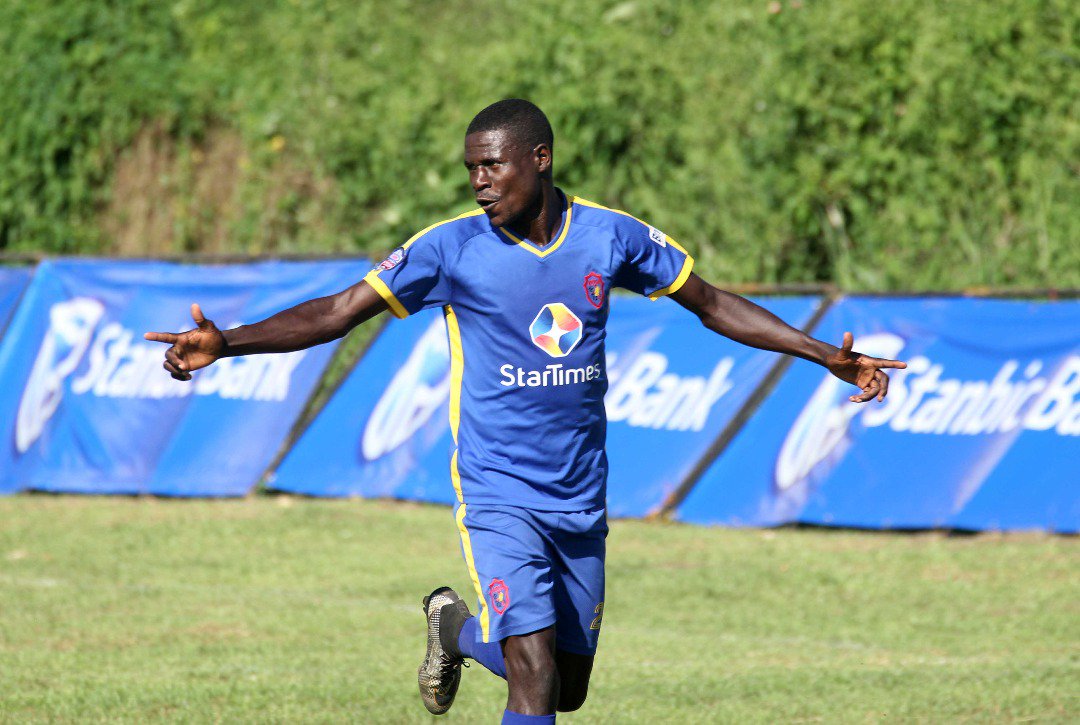 Defending Champions and 9 time winners KCCA are on the verge of qualifying for the finals of the competition they won a season ago.

Despite missing 3 of their first starters who are out of the country on national duty, KCCA gave no chance to error and by the 22nd minute, Patrick Kaddu had put them in front with a superb left footed finish off an Eric Senjobe inch perfect assist.

Derrick Nsibambi had earlier tested the Synergy goalie with a well timed header but the custodian was equal to it on 12 minutes.

Solomon Okwalinga who was facing his former employers for the first time was applauded for every touch he made by the home fans but his contribution was cut short by the introduction of youngster Steven Serwadda in the early stages of the second period.

The exciting youngster produced his moments and he almost registered an assist when he beat over four opponents to set up Derrick Nsibambi who slotted home a cool finish but he wasn’t allowed to celebrate as his goal was ruled out for offside.

The game ended 1-0 in favour of the defending champions and they will hope to seal off their place in the finals on Thursday 31st May at the Star Times Stadium.

In the other semifinal final, SC Villa and Vipers played to a violence dominated stalemate at Muteesa II stadium Wankulukuku and they will play their return leg on 5th June 2018.

“We deservedly worked for this Big league promotion.” Kiboga coach Felix Ssekabuuza
9 players on the brink of exit at Vipers SC