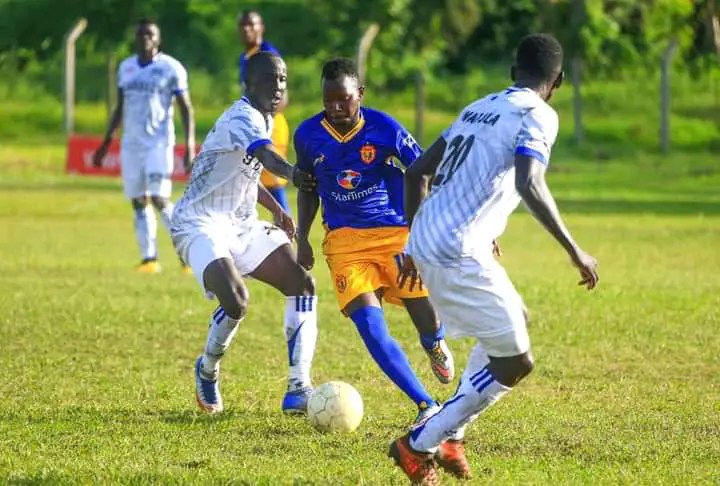 Mbarara City and KCCA FC played out to a goalless stalemate on Wednesday at Kakyeka Stadium.

The hosts created numerous scoring opportunities in the first period of the game but Henry Kitegenyi and Solomon Okwalinga failed to capitalize on their chances.

The visitors came into the game with a poor record at Kakyeka with no win in their previous three attempts, Morley Byekwaso’s side were horrible on the day.

It was another timid performance from KCCA FC gave further evidence that the Byekwaso still has plenty of work to do.

Mbarara continued with their dominance in the second period with John Adriko forcing KCCA FC custodian into a sensational save.

Bashir Mutanda who replaced Kitegenyi also had his effort in the 74th minute go wide.

Samuel Ssenyonjo nearly won it for KCCA FC in the final minutes but flashed his effort over the bar. After the final whistle, the two sides had to settle for a barren draw.

This is now KCCA FC’s third draw in Mbarara in four games, suffering defeat in the other. They are now 4th with the same number of points as Police 34 but with a better goal difference.

KCCA FC next travel to Onduparaka on Saturday 24th while Mbarara City host SC Villa on the same day.