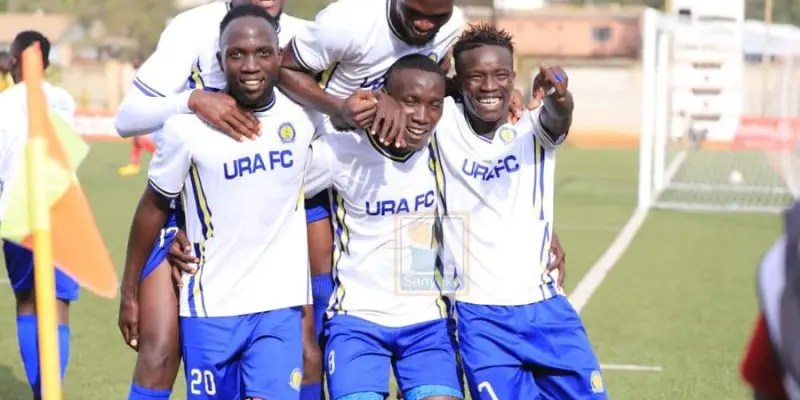 URA FC came from a goal down to defeat KCCA FC 2-1 in a Uganda Premier League contest at MTN Omondi Stadium on Friday.

This was KCCA FC’s second straight loss in the league this season after a 2-1 defeat at the hands of SC Villa earlier this week.

Brian Aheebwa gave the hosts the lead before Benjamin Nyakoojo and Shafik Kagimu struck for the visitors.

Aheebwa headed KCCA FC into the lead in the 22nd minute off a Sam Ssenyonjo headed effort.

Defender Nyakoojo headed in a Moses Sseruyidde quality corner kick to restore parity for the visitors in the 26th minute.

In the 34th minute, referee Alex Muhabi awarded URA FC a penalty after Sseruyidde who replaced Arafat Galiwango early in the first half was fouled in the forbidden area.

Midfielder Ivan Sserubiri who came on for injured Julius Mutyaba was entrusted with the responsibility but fluffed his penalty kick over the bar.

Two minutes later, Kagimu made it 2-1 for the revenue collectors off Joachim Ojera superb cross.

In the second period both sides did not create chances like it was in the first period and by the end of proceedings, Sam Ssimbwa’s charges smiled for a third straight win of the season.

Nyakoojo was named man of the match for the second time this season.

URA FC are now top of the Uganda Premier League table with 11 points while KCCA FC are third placed with nine points garnered in five games.