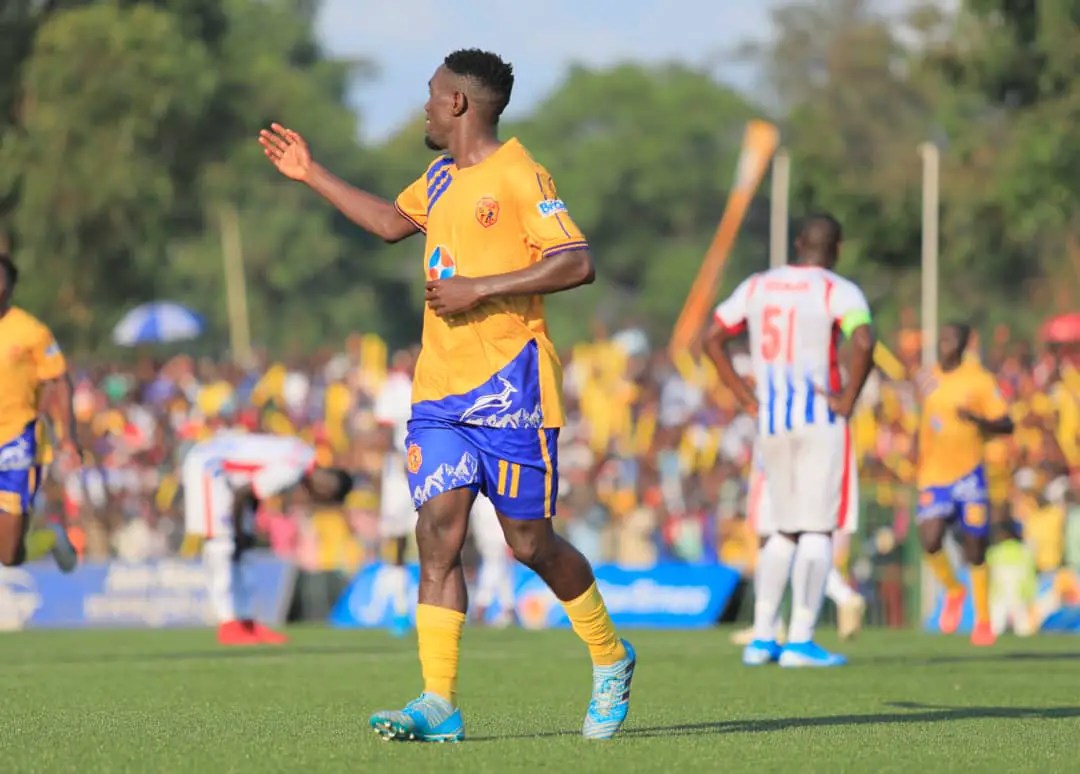 Sekisambu joined the 13 time Uganda Premier League champions in August last year as a free agent after parting ways with Kenyan giants Gormahia putting paper on a one employment contract.

Swift Sports understands that, the player will be open to leave the Lugogo based side once he receives a great offer.

KCCA FC would like to extend Sekisambu’s stay but this will depend on the player’s decision.

Sekisambu celebrates after scoring in a league game

KCCA FC finished in second place with 50 points and will represent Uganda in the CAF Confederation Cup next season.