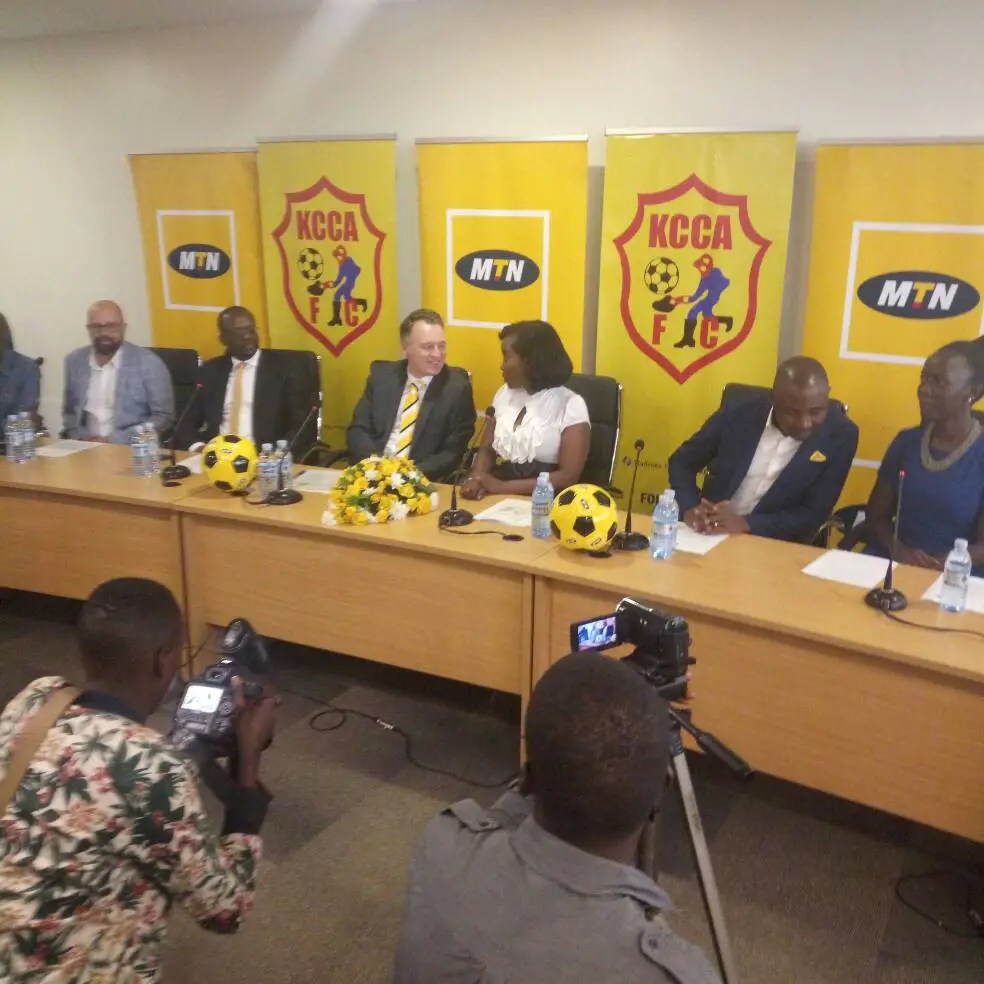 KCCA FC has today signed yet another sponsorship contract with telecommunication giants MTN in a deal  worthy 1.29 billion to run for the next three years.

MTN have have been always taken a leading role in the Ugandan sports industry after having bankrolled the Ugandan National team especially during the Lawrence Mulindwa regime at FUFA, National Basketball League and rugby side Heathens, cricket, golf’s MTN mugs, golfer Deo Akope and Kampala Club Chairman’s Cup among others.

The mobile network company now becomes the forth sponsor for the Lugogo based side after Startimes , Prime media and Britam insurance company. KCCA FC boast of a record performance especially last season as they were crowned double home champions having won both the Azam Uganda Premier League and the Uganda cup.