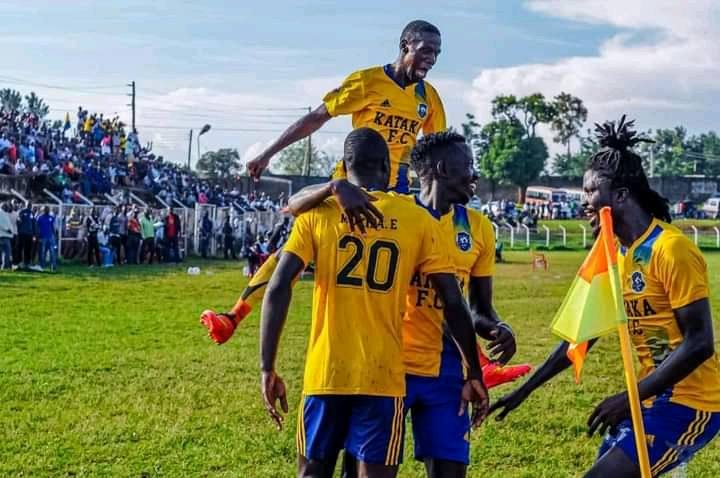 In a game that was disrupted by a heavy downpour.

Peter Lusimbula scored the sole goal for Kataka that took them on top of the table.

Victory temporarily takes Kataka on top of Elgon group with on 12 points one above Arua Hill SC who will play Gadaffi at Barifa grounds in Arua.

Maroons maintain fourth with seven points as they wait for other games to be played tomorrow.

Both teams will climax the first round of the Big League on Sunday 25th April.

The Prison Warders will be away against Blacks Power at Emokori grounds in Bukedea.