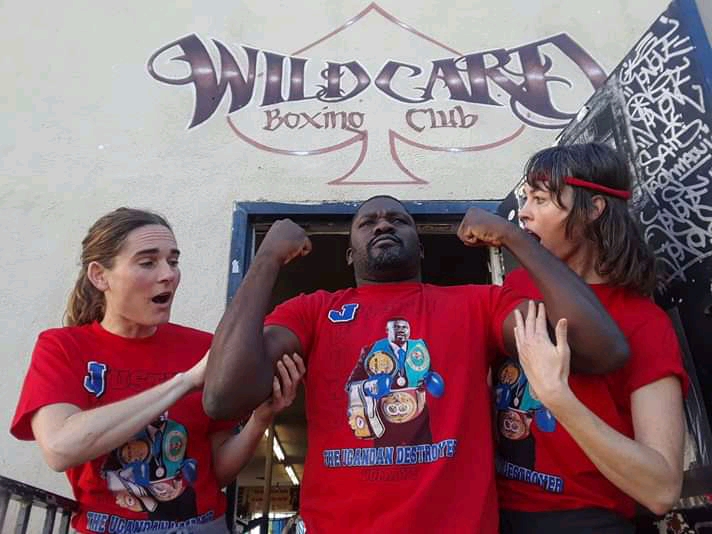 Juuko was released on Thursday evening a day after the death of fellow boxer Isaac Ssenyange alias Zebra Mando.

The former international Boxer was arrested with his colleague Garypo Mayanja by the army on offences of treachery contrary to section 129 (C) of the UPDF Act and illegal possession of firearms contrary to section 3(1) and (2) (a) o the Firearms Act.

Juuko was meant to appear in the Court Martial but this will not go ahead since all the charges against him have been withdrawn.

He is a former amateur light flyweight and professional feather/super feather/light welterweight boxer of the 1990s and 2000s.

As an amateur, Juuko won a light flyweight gold medal at the 1990 Commonwealth Games in Auckland, New Zealand.

Juuko poses with his belts