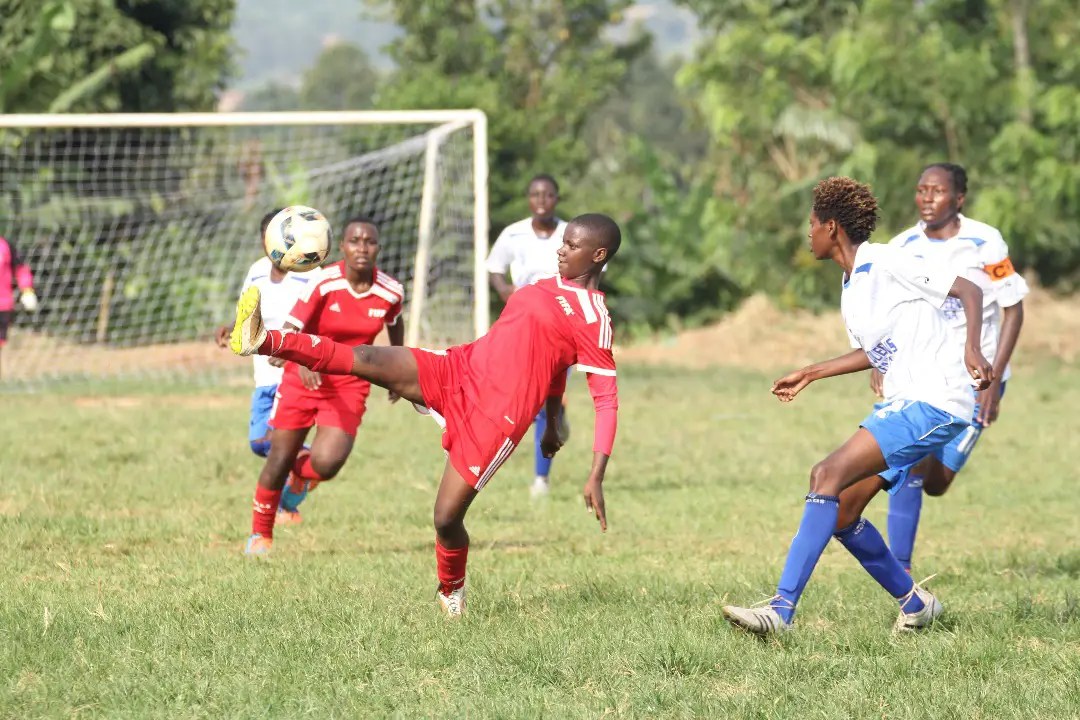 For close to 20 years, Kawempe Muslim Secondary school has had a great clout in girls football winning numerous championships at stake, one after the other. The fine epoch of dominance was shrewdly mooted by the school’s games master Ayub Khalifa and the long serving head teacher Hajji Buruhan Mugerwa way back in 2003.

The bold decision to invest in girls football has reciprocated the school with a proud reputation as a revered hub of quality female players in the country. Hypothetically, if you are looking for the most exciting female talents in Uganda – Kawempe Muslim is the best place to start.

Multi talents like Sandra Nabweteme, Shamim Nakachwa, Hasifa Nassuna, Shadia Nandawula, Yudaya Nakayenze, Katiti Phiona, Esther Naluyimba, Aisha Nakitto, Zamine Masunge, Lillian Akello, Ruth Aturo, Joan Nakirya, Esther Kadondi among others are some of players produced down the years, some of which have been brought to light by the inauguration of the FUFA Women Elite League (FWEL) in 2015.

The endless star studded list consists of another prospect, a stalwart in making -Juliet Nalukenge.

15- year old Juliet Nalukenge is on a preeminent rise to the footballing pantheon having gained greater acceptance and consequently winning plaudits in Uganda’s second leg game of the Africa Women Cup of Nations qualifiers against Harambee Starlets of Kenya at Lugogo.

Born to Paul Kasule and Jane Nakachwa on 14th August 2003, Nalukenge grew up a girl with an elusive dream of becoming one of the prominent female football players in the country and years down the road, she is steadily propelling herself to her childhood dream.

Her life journey is not so different from the routine stories of very many footballers whose careers dawn from humble backgrounds. She has loftily grown from a nonentity in Mityana district to playing the protagonist part in the continuing significant script of Kawempe Muslim female football fairytale.

Nalukenge who is also the last born of a family dominated by male offsprings, took up the relish of playing football at a very tender age during her Primary Three (P.3) days at Bright Future Primary School in Mityana and since then has never looked back.

Her proud inner brief that she would be someone in this world as far as the game of football is concerned kept her moving boundlessly until heavens came opening.

Physical fitness is one of Nalukenge’s biggest weapons

Nalukenge heaps immense praises on her supportive parents together with her 3 elder brothers who include Robert Kakande, Patrick Ssenfuka and Donozio Kabuye for an integral role they have played in her progress.

“I gladly thank my parents for being very supportive to me and believing in what i do. It’s such a very special honor. Even my brothers have done a commendable job in keeping me in shape and fit for competition.” she acknowledges

“I had my talent in me but they (the brothers) used to train with me thus their enormous role in the buildup to the Nalukenge you see today.”

Just like a host of players that have come before her, Nalukenge spares a special mention for the man at helm of the Kawempe Muslim team – Ayub Khalifa, for the indispensable role he has played in her blossoming career.

She says, “Mr. Ayub has been that most important person in my journey. I owe him a lot because he has helped me in brushing up my career as a football player but also aided me in my studies. I thank him so much.”

It was Ayub Khalifa who plucked a young Nalukenge from obscurity after spotting her as she was representing Mityana district in the nationals held at Jinja in 2013.

She was just in Primary 6 (P.6) by then but had bags of promise and she was subsequently tied down on the Kawempe Muslim radar. Indeed, joining Kawempe Muslim 2 years later was a step in the right direction for her.

On arrival at the school side, Nalukenge was deployed in the Kawempe Muslim Junior Team which competes in the Kampala Regional league and acts as the feeder outfit for the Kawempe Muslim Ladies football club. Since then, she has never looked back gradually elevating herself into the limelight.

During her time in the junior Kawempe side

In the 2015-16 Elite League season, Nalukenge together with teammates Rehema Adubango and Grace Aluka successfully graduated to the senior side but played as a second fiddle and could barely nail down a slot in the regular eleven.

The start of the 2016-17 season saw Kawempe’s lead striker Sandra Nabweteme depart for USA handing Nalukenge an ultimate opportunity to ply trade as another reliable goal scorer to reckon on besides the crafty Hasifa Nassuna.

The teenage prospect played an instrumental figure in Kawempe Muslim’s run to a 3rd straight FUFA Women Elite league title netting 14 of the 58 goals they scored the entire season. A brace in the 4-0 triumph over UCU Lady Cardinals in the finals at Wankulukuku was an icing on her spectacular performance.

The massive exodus of senior players at the start of the ongoing season was kept under the thumb by Nalukenge’s timely rise to the protagonist role in Kawempe Muslim’s quest for their fourth league title. The trio of Hasifa Nassuna, Yudaya Nakayenze and Ruth Aturo left for UCU Lady Cardinals, Masunge Zamine retired from active football to put more focus on her studies, Favour Nambatya joined Muteesa I Royal University whereas Joan Nakirya sought for greener pastures in the US, consequently elevating the young striker to the ultimate role of the team’s go to girl.

She made a bold statement in leading a ‘depleted’ Kawempe side with a brilliant start to the season scoring 5 goals in the first 3 league games and with 2 games to the climax of the regular season, the 3-time champions have maintained their routine number one position on the table. Once again, they have majestically marched to the play offs but the biggest mystery lurks in whether Nalukenge and her teammates can retain the league title.

Nalukenge sprung to the national team scene with a stellar performance in the return leg of the Crested Cranes’ aggregate loss to their Kenyan counterparts in the Africa Women Cup of the Nations Qualifiers at Lugogo on 8th April 2018.

The youngster was animated by her first international start and remained eagerly waiting for more engagements with the Crested Cranes to execute her prowess.

‘I won’t say it was a breakthrough but I know it was beginning of a great big journey. I want to showcase more personal exploits.’ she boldly affirmed in an exclusive with Swiftsportsug.com

“Kenya only progressed to the next round because they scored and we didn’t but we put up a good fighting spirit. So next time, we shall do better.” she added

The next platform for Nalukenge and the Crested Cranes will be the CECAFA Women championship which is slated for 12th – 20th May this year at Nyamirambo Stadium in Rwanda.

Her most notable exploit was the record breaking tally of 33 goals in the 2017 National ball games held in Kabale when Kawempe Muslim unfortunately finished runners ups behind eventual winners Mukono High courtesy of a penalty shoot out.

Her goal scoring tally broke Sandra Nabwetweme’s 2014 initial record of 32 goals and subsequently elevated her to the tournament’s Most Valuable Player (MVP) accolade. Additionally, her top notch performances have also managed to win her personal accolades in various schools tournaments like the UMEA Solidarity games where she emerged top scorer in 2016 and 2017 among others.

Nalukenge celebrates one of her many goals scored for Kawempe

Nalukenge is a player with remarkable composure and close control. Her agility in the final third and a superb finishing mould her into a lethal striker. She got an excellent dribbling skill accompanied with a knack of a great ball striking technique.

Juliet Nalukenge is keen to seize every opportunity coming her way. Definitively, her age defying technical abilities predicate that all eyes are surely on her as Kawempe Muslim surges to another league triumph.