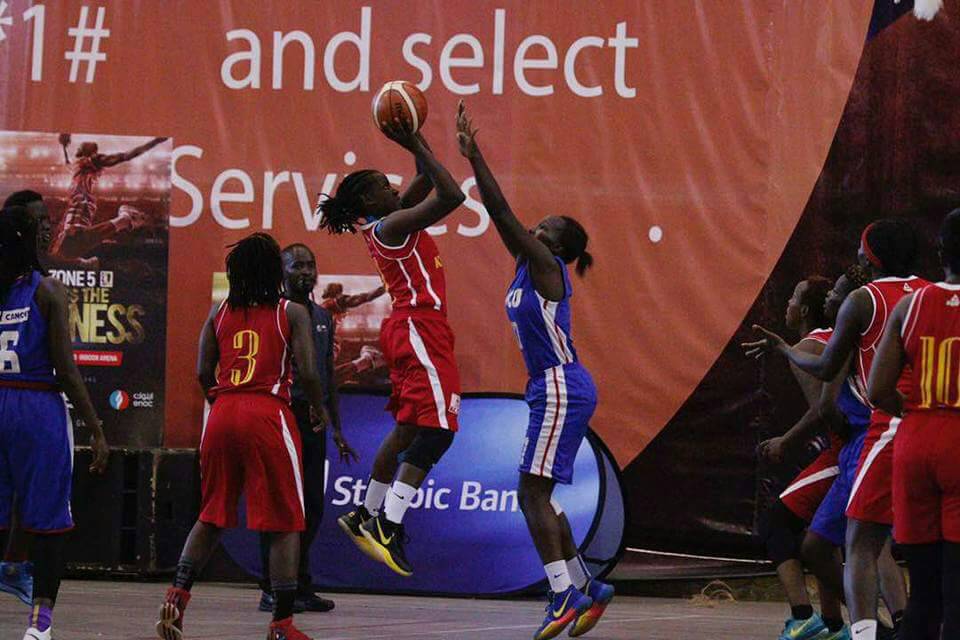 KCCA leopards takes on UCU in a previous game

After losing the first 2 series, KCCA’s only mission was to win game 3 and come back in the contention for the championship.

Their game plan seemed to be working out from the first quarter which they led with a 14 point gap, 24-10.

The Leopards continued showing their hunger in the 2nd quarter when Nabusimba Halima scored a 3 pointer to widen the gap to 27-10 and they never looked back as they went into half time with a 22 point lead, 44-24.

UCU Lady Canons picked themselves up in the third quarter when Vilma Achieng, Ritah Imanishimwe and Judith Nansobya put the Leopards on the defense forcing them to commit a lot fouls.

Canons closed the gap to 13 points at the end of the 3rd quarter 41-54 and their spirits looked inspired going into the last quarter.

Judith Nansobya opened the 4th quarter with a 3 pointer and 2 jump shoot in space of a minute as she helped Canons come back and eventually win the game snatching it from KCCA’s hands.

KCCA will come into game 4 on Monday playing their last card to avoid a sweep and give themselves hope for any dramatic win of the championship while Lady Canons will be seeking for 1 more win to retain their championship.

RONNIE MUTEBI: Meet the man with a big mission to revive Warriors Basketball club
UCU Lady Canons defend their Championship with a 4:0 sweep