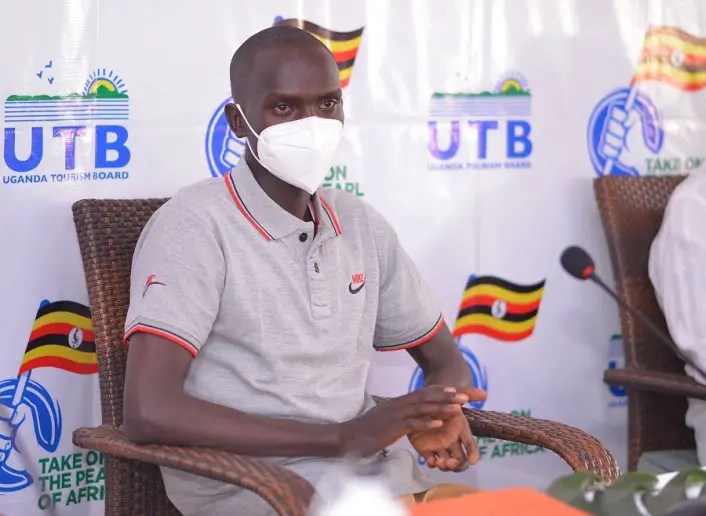 Uganda Tourism Board has named Ugandan Athletics icon Joshua Kiprui Cheptegei as the Ambassador for a period of one year.

The development was confirmed on Wednesday, 10th February at the event held at Uganda Golf Course in Kampala. It was attended by the Minister of Tourism, Wildlife and Antiquities Retired Colonel Tom Butime, Chairman Board of Directors Eddie Kirya, Chief Executive Officer (CEO) Uganda Tourism Board Lilly Ajarova.

Cheptegei expressed his delight upon the appointment

“I am delighted to be appointed as the ambassador of Uganda Tourism.” I am ready to take on the responsibility, I believe more Ugandans will be praying for me to win since every win is not just for me but the entire nation.” Said Cheptegei.

“We are to provide support towards his athletics activities at both the domestic and international level and in turn, earn his support and access to his platforms to promote brand destination Uganda,” Stated Ajarova

Cheptegei is the current 5KM, 10000M and 5000M World record holder. He will work hand in hand with musician Edrisa Musuuza alias Eddy Kenzo who is the Tourism ambassador from the entertainment sector.

Cheptegei will depart the country for Monaco on Thursday 11th February for the 5KM race scheduled for Sunday, 14th February 2021