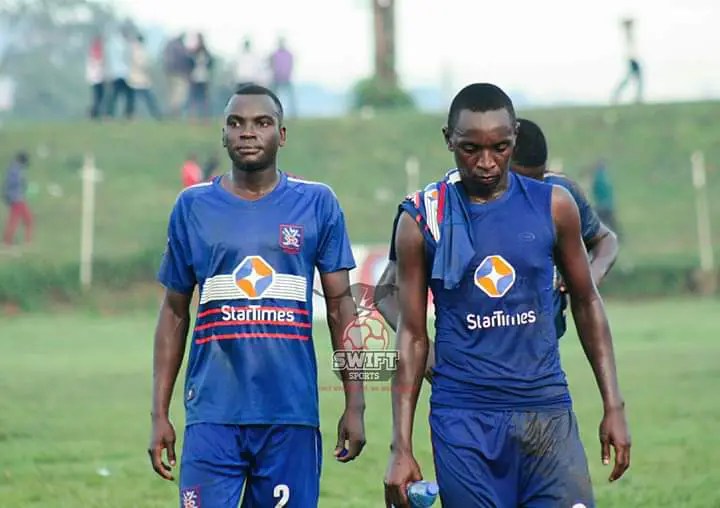 The Cranes right-back joined SC Villa in 2016 from Bright Stars and he is among the few survivors of the title-challenging side that crumbled at the finishing line in 2018.

The other survivors are Samson Kirya, Samuel Kivumbi and Kirya

An announcing the news in a club statement released by the club PRO Bernard Elwalu, head coach Edward Kaziba termed Nsubuga’s signing a major milestone and a big boost to his squad

“Joseph is a great player, he deserves the contract. He has worked very hard to get out of that long injury and you would see him grind it every day”.

” We can’t wait to have him back and give us depth and the experience we need in a defender. Joseph is a top player we have been missing for a while”.

“I would like to thank the management of SC Villa, my teammates and friends that have stood by me during my trying times of a long injury and supported me”

” It has been four years since I arrived at Villa park, time soared so quickly. I am proud to sign a new contract and continue my career at this great club.”

“I love playing for this club and I am looking forward to what the future holds. The hard work continues so I can continue living my dream”.

SC Villa are also in advance talks with experienced goalkeeper Samson Kirya in a bid to see him renew his expired contract.

The club also in the final stages of agreeing on a contract extension with Amir Kakomo and David Owori.

How and where will Disan Galiwango fit in at Vipers SC?
Hussein Kheri renews contract with Paidha Black Angels