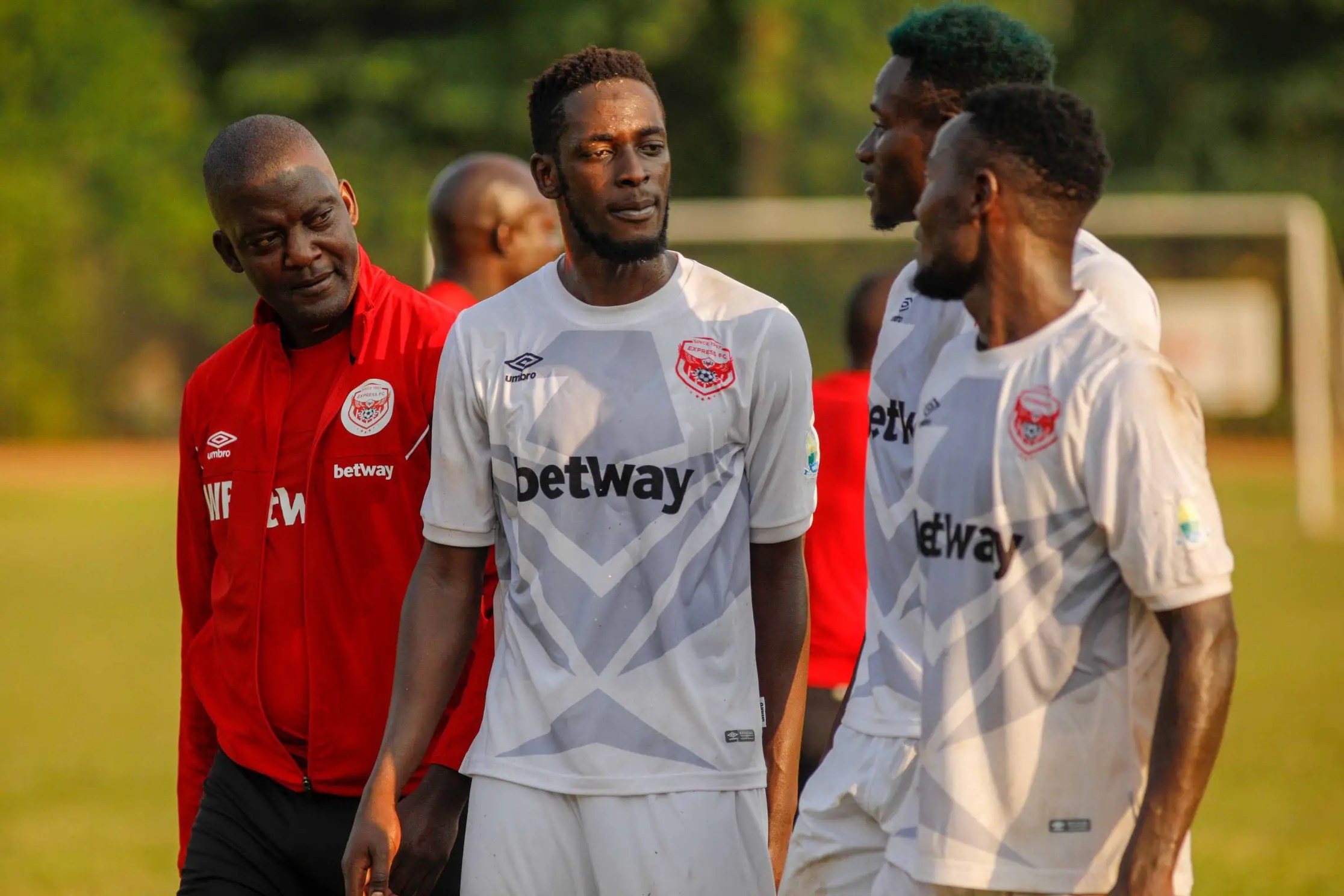 Express FC will make a short trip to Kavumba to take on Soltilo Bright Stars in one of the six games to be played on Tuesday.

The Red Eagles will be aiming to return to winning ways after being held by SC Villa and most recently Mbarara City in their last two league games.

Any slight error would spell doom on Express’ title hopes after a disappointing 1-1 draw with a 10-man Mbarara City at Wankulukuku.

The Red Eagles are third on 37 points, five behind Vipers and URA whereas Soltilo Bright Stars are 8th with 26 points accumulated from 18 games played so far.

Wasswa Bbosa welcomes back Cranes defender Murushid Jjuuko who has been serving a two match suspension following his red card in the 3-1 win over URA.

In Jjuuko’s absence, Enock Walusimbi has been partening Isa Lumu in the center back. Walusimbi, who will also be facing his former side, is expected to shift back to the right back position.

Soltilo Bright Stars have won all their most recent three league games and have managed to score three goals in each of their last four games across all competitions. They beat Kitara 3-1, Wakiso Giants 3-1, Paidha Black Angels (Uganda Cup) 3-1, and MYDA 3-0.

Sam Ssekamatte Kayongo has so far managed to score eight goals for the Baker Mbowa’s coached team and will be expected to lead the attack against the meanest defense in the league.

Kayongo together with his offensive partners Joseph Janjali and Joseph Akandwanaho scored the three goals for Bright Stars in their recent victory against MYDA in Tororo.

Soltilo Bright Stars
The team will be without their first two goalkeepers Edwin Buule Kiwanuka and Benson Wegima. Kiwanuka got an accident while Wegima got injured during the win against Wakiso Giants last week.

Simon Tamale is expected to maintain his place in goal while Shamulan Kamya, a keeper from the U-17 team will be his deputy.

Express FC
Express will be without winger Godfrey Lwesibawa who is suspended due to accumulated bookings.

Martin Kizza is expected to start despite limping off during their one all draw with Mbarara City on Saturday.

Both teams have met on 16 occasions across all competitions. Express have won five times, Bright Stars have managed three wins while the other eight games have ended in draws.

The first leg at Wankulukuku ended 2-1 in favour of Express with Frank Kalanda and Eric Kambale scoring inside the first 10 minutes of the game. Augustine Kacancu pulled one back for Bright Stars.