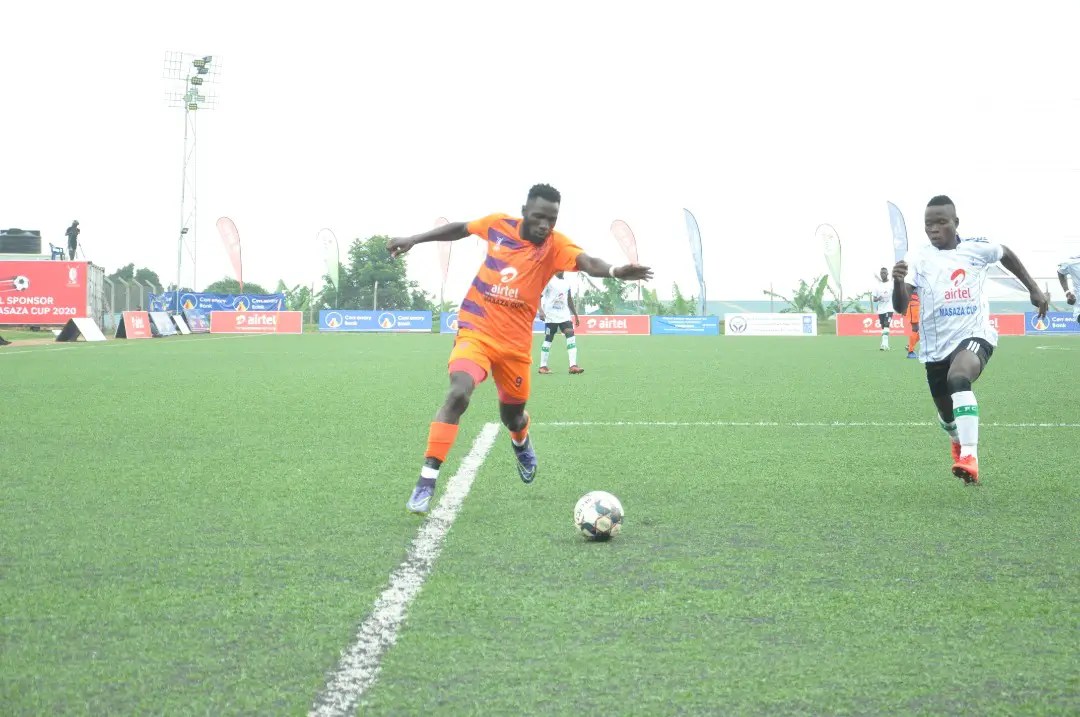 Record champions Gomba rallied from a goal down to edge Bugerere 2-1 in the quarter finals of the prestigious Masaza Cup tournament.

Charles Bbale scored twice in the 60th and 65th minutes to help Gomba topple a young resilient Bugerere side.

Tonny Kiberu had put the underdogs in a deserved lead with four minutes to the end of the first half.

The result means Gomba will face off with Busiro on Thursday 21st at 12:00pm in the semifinals.

Upnext is Buddu against Mawokota at 3:pm to see who joins Busiro, Bulemeezi and Gomba at the semi finals.

The final will be played on Sunday 24th at the same venue.