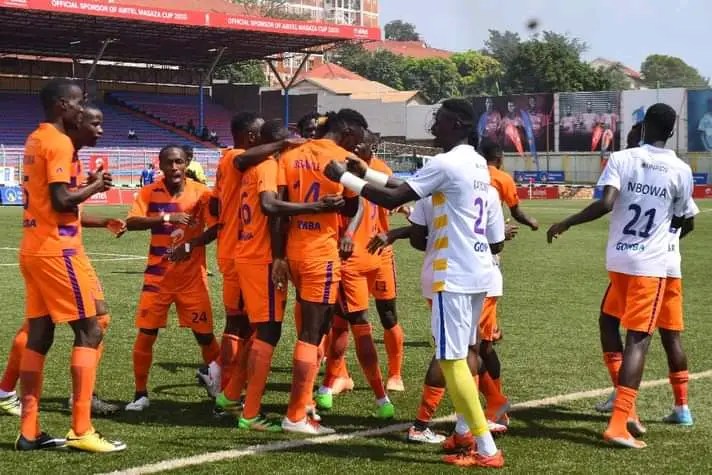 Gomba players celebrate one of their goals

It was revenge of the 2016 final at St Mary’s Stadium as Gomba edged Buddu 3-1 to clinch the 2020 Airtel Masaza Cup championship.

Gomba was revenging over the 2016 final where Buddu emerged victor to clinch their sole Masaza Cup championship after edging the record champions 6-5 on spot kicks following a goalless draw.

2020 top scorer Charles Bbale gave Gomba an early lead in the 2nd minute of the game by simply tapping in off Jackson Ssemugabi’s well delivered cross.

Ibrahim Kirya’s men continued to hunt for a third goal and their efforts paid off in the 17th minute by Gift Fred who scored their third of the day ensuring Gomba’s 5th championship.

In the early kick off Busiro edged Bulemeezi 5-3 on spot kicks following a goalless stalemate in normal time to finish third.