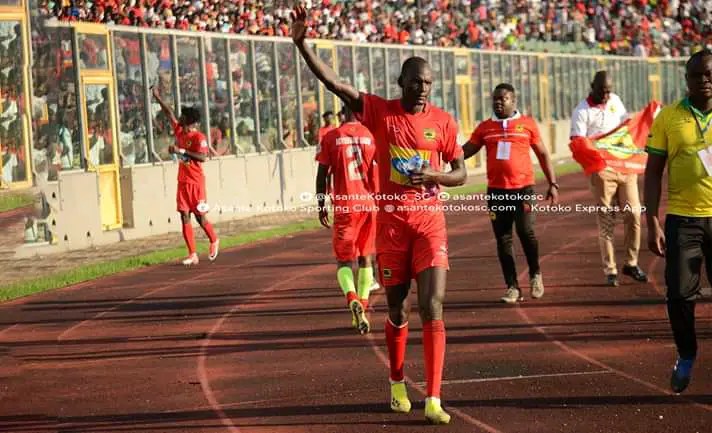 The former Maroons FC player joined the Ghanian outfit on a three year contract from Kenyan side Kariobangi Sharks in July last year.

The club confirmed to rescind Abege’s contract on Monday in a statement that reads,

” We would like to confirm the termination of the contract of George Abege on a mutual consent.” We wish him all the best in his future endeavours.”

Abege has previously featured at Sports Club Victoria University and Maroons before seeking for greener pastures in Kenya.

Abege was part of Kariobangi Sharks’ team that won the SportPesa Shield last season where they represented the country in the CAF Confederation Cup.