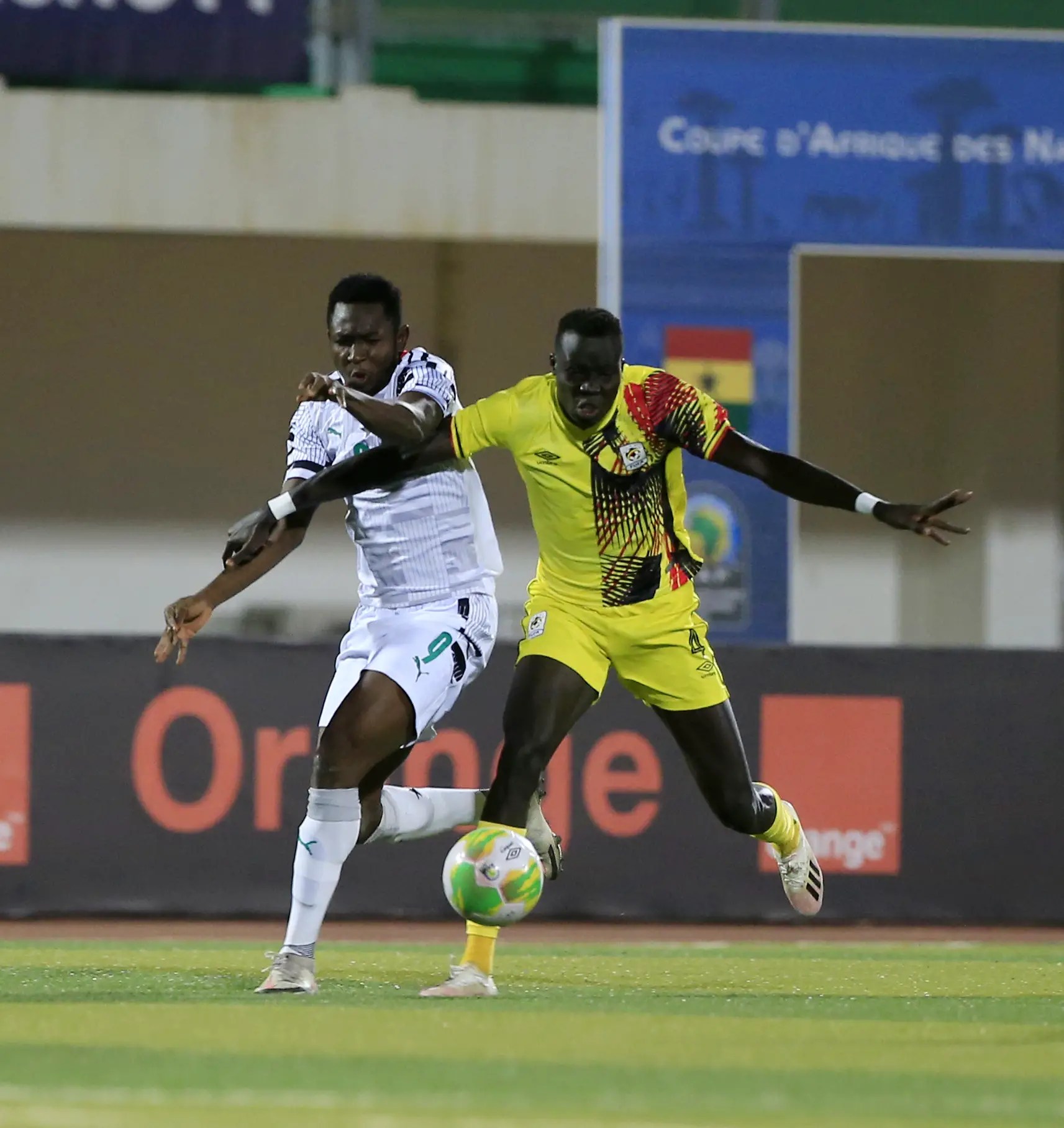 Captain Daniel Afriye scored 2 goals to guide Ghana to their 4th U20 trophy when they beat debutants Uganda in the finals at the Nouakchott stadium in Mauritania.

It was their first title since 2009 and a repeat of the senior men’s final of 1978 when another Afriyie scored 2 against the Uganda’s senior men team.

Afriyie’s first goal came in the 23rd minute but Uganda should have scored first had Derrick Kakooza been more clinical in the 3rd minute.

Ghana picked confidence as the game grew and in reward, two more goal attempts hit the cross bar, the first being Percioud Boah’s and the other by Nathaniel Adjei.

On resumption for the second period, the Hippos again lost concentration at a key moment and they got punished by the same man Afriyie on 55 minutes.

The usually explosive Serwadda ,Basangwa and Derrick Kakooza were all neutralized by the Ghanainas and little did they contribute going forward.

Samuel Senyonjo, Kizza Bukenya and Ivan Bogere were introduced to give more direct approach to the game but Ghana’s defense proved to be more ruthless and solid.