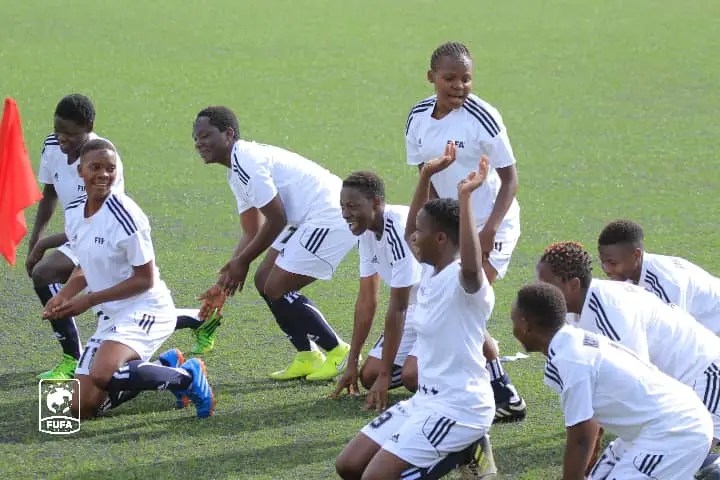 Kawempe Muslim returned to winning ways with a 2-0 victory over Tooro Queens in Wednesday’s early kick off of Group 1 of the ongoing FUFA Women Super League in Njeru.

Allen Nassazi and her substitute Sharon Nadunga scored in each half to ensure the second victory for the school side.

Moses Nkata the Kawempe Muslim coach made only one change in the line up that started in the 1-0 defeat to Uganda Martyrs in the last game. Nassazi replaced Juliet Nalukenge who left camp for UACE exams.

Nassazi didn’t disappoint in taking up the scoring burden by putting Kawempe in the lead in the 18th minute.

Kawempe had a chance to make it 2-0 four minutes later through a penalty kick after a foul on Margret Kunihira in the box but the U-17 winger failed to convert it against her former side. Her effort went wide.

The second half saw Tooro Queens’ midfielder Resty Kobusobozi become the first player in the tournament to be sent off. Kobusobozi was shown a second yellow for bringing down Shakira Nyinagahirwa.

Nadunga made it 2-0 in the stoppage time with her first touch after replacing Nassazi in the 90th minute. She headed home perfectly from a Samalie Nakachwa corner kick.

Victory took Kawempe to six points in three games and temporarily on top of the group table while youngster Nassazi is now the leading scorer with two goals.

Kawempe will conclude their group stage campaign with a game against Makerere University on Friday while Tooro Queens will face Kampala Queens in their third game but on the same day.

Tooro Queens have three points from two games after beating Makerere University 1-0 in their first match thanks to a late Ruth Nyakato goal.