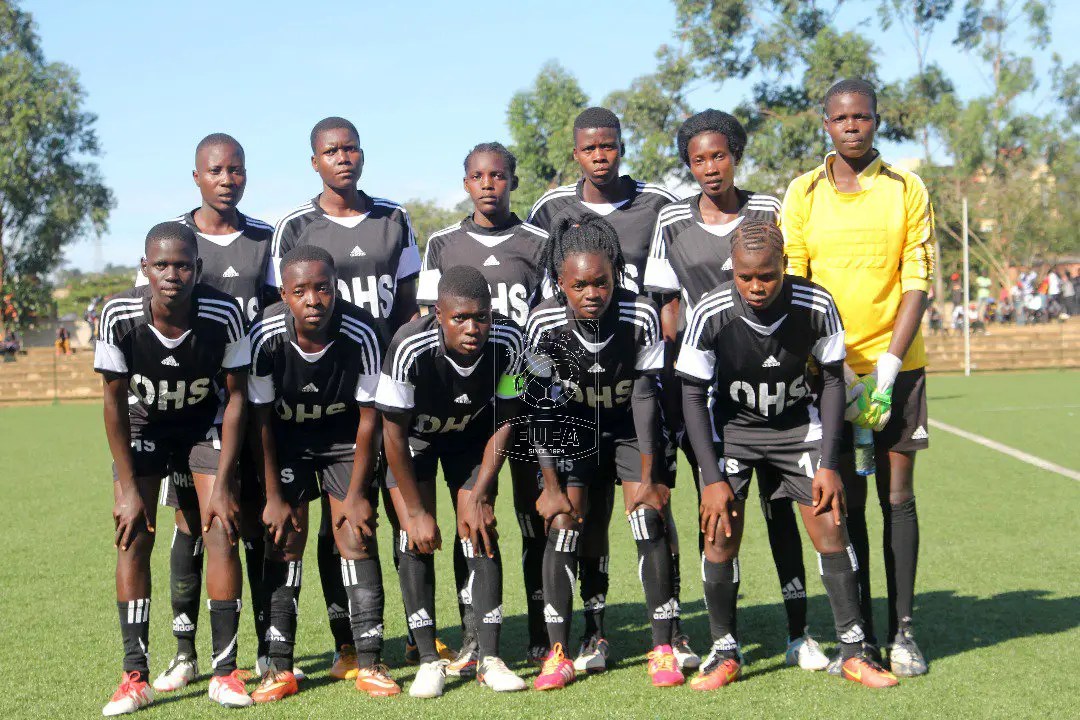 The FUFA Women Cup draw held today morning at the FUFA house has pitted Olila Women against UCU Lady Cardinals in the semi finals. Muteesa 1 Royal University face She Corporates in the other duel.

The holders Olila Women have their title defense intentions meeting a UCU Cardinals’ side that is desperate for silverware to save their season especially after under performing as per expectations following their shrewd recruitment in the pre-season.

The two were also pitted together in the Elizabeth Group in the recently concluded FUFA Women Elite league season where Olila eventually finished runners up while UCU didn’t make it to the playoffs.

The Soroti outfit edged UCU 1-0 in Mukono before settling for a goalless draw in Soroti during the regular season.

This will be a repeat of last year’s semi finals where Olila Women edged the University side 2-1 on penalties following a 2-2 full-time draw.

In the second semi final, Muteesa 1 Royal University will be hosting She Corporates who ejected 4-time league champions Kawempe Muslim in the quarter finals courtesy of a penalty shoot out.

Muteesa were the first team to book a semi final berth when they eliminated Uganda Martyrs Rubaga thanks to a lone goal from winger Elizabeth Nakigozi.

The eventual winners in both semi final encounters will face off in the final slated for Saturday 23rd June 2018 in Busenyi District.

Olila Women the first edition last year when they edged Gafford Ladies 3-1 on penalties after a 1-1 full-time draw at the Madibira grounds in Busia district.

Uganda drops 8 places in the latest FIFA Rankings
“We expect a classic final, not a Kung-fu show”. Mutebi