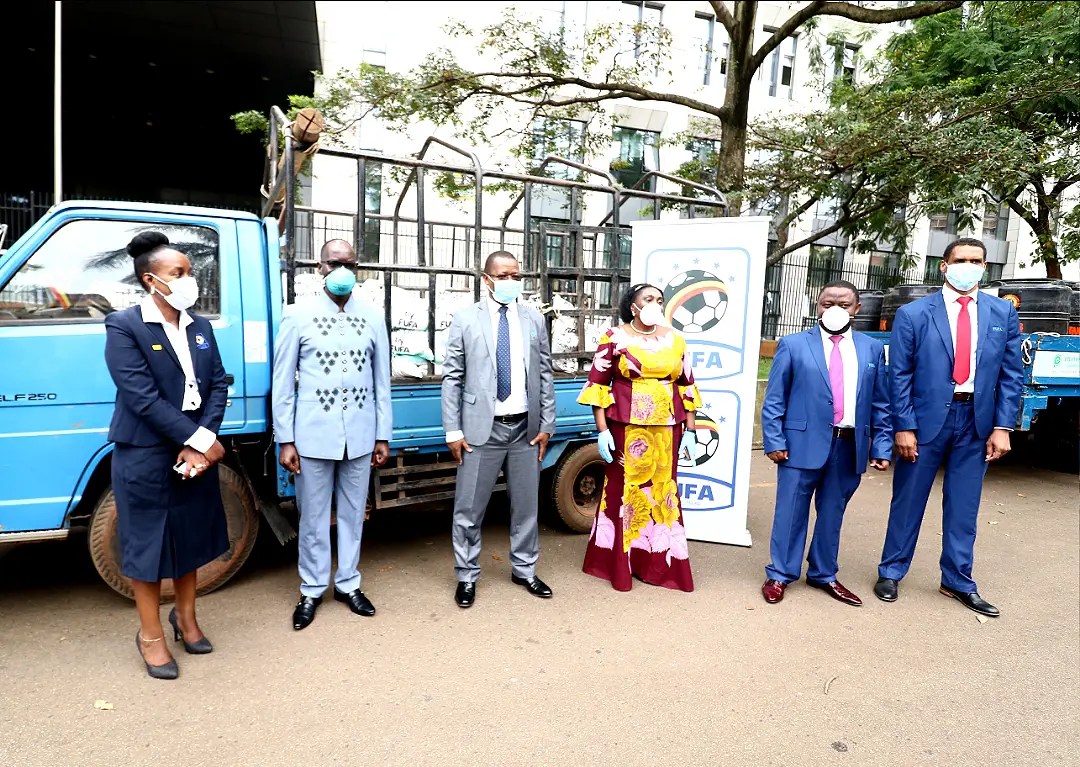 The Federation of Uganda Football Associations (FUFA) has on Thursday morning handed over 12.5 tonnes of rice to the COVID-19 National Task Force as well as footballers.

Through the office of the Prime Minister, 2.5 tonnes of rice of relief food will be distributed to the communities during this lockdown period.

” FUFA has responded to the call by H.E. the President of the Republic of Uganda Yoweri Kaguta Museveni who is a great supporter of football at all levels by donating 12.5 tonnes of rice to the National Task force through the Office of the Prime Minister for onward distribution’ said FUFA President Eng. Moses Magogo.

” The donation will also cater for over 2000 football players and officials in the Uganda Premier League, FUFA Big League, FUFA Women Super League and FUFA Women Elite League countrywide who are no longer earning without football being played due to the current lock down.” added Magogo.

While receiving the relief food, the national task force was represented by the Minister of General Duties in the Office of the Prime Minister Hon. Mary Karooro Okurut.

” We welcome the donation and this will help us add to what we have already received. We encourage everyone to remain fit during this period.” said Hon. Karooro.

The Minister of State for Sports Hon. Hamson Denis Obua also attended the brief function and saluted Fufa for the timely support.

” On behalf of the sports sub sector of Uganda, I would like to salute FUFA through this humble donation of rice to the National task force of COVID-19. We are optimistic as a country in response to the call by H.E. the President of Uganda, the sports sub sector although has been greatly affected together with tourism through FUFA we are able to make this humble contribution. I call upon all the sports loving members of the society who can make a contribution just like FUFA has done.

As of April 16th, Uganda has registered a total of 55 positive cases of Coronavirus, 20 recoveries and zero deaths.