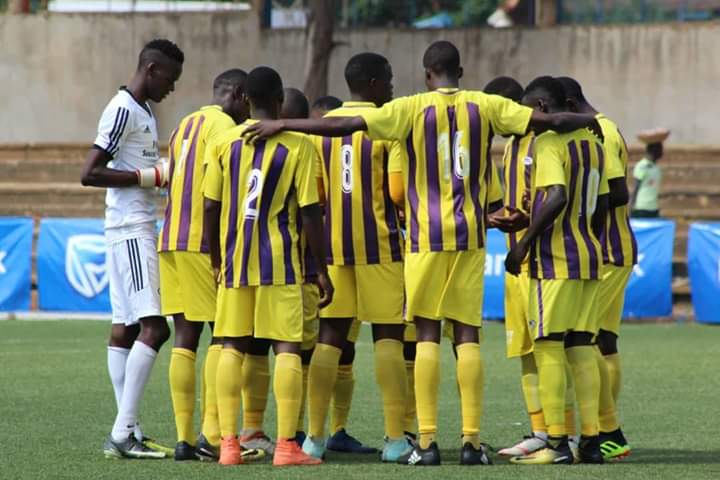 The regular season of the FUFA Big League will come to an end on Thursday 9th May with nine games on card.

Rwenzori group leaders Proline and Kansai Plascon will be in limelight as both sides can’t afford any slip ups if at all they stand a chance to clinch an automatic promotion to the topflight.

Proline have so far garnered 39 points, one more than second placed Kansai Plascon who play hosts to Dove FC at Bishops SS in Mukono.

Shafik Bisaso’s coached side make a long trip to take on Kabale Sharp with nothing less to settle for but a win.

Bisaso has dubbed the match to be played at the Kabale Municipal ground as a “match of their lives.”

” We are braced for the challenge. It’s a big game but I think we have a slight edge. We are going to play for our lives because we are settling for nothing but a win. “

Top scorer Ivan Bogere, Noordin Bunjo, Bright Anukani and Ibrahim Bonyo are expected to do the magic for Bisaso’s side.

Kansai Plascon will have to win and hope Proline stumbles so as to win the most coveted spot.

Kansai Plascon’s opponents Dove FC have the ball in their hands with a draw enough for them to seal their maiden appearance in the play offs.

The Masindi based debutants are third on the log with 37 points, three more than their rivals Kiboga Young who play an already relegated Kira United side.

Kiboga Young coached by Felix Ssekabuuza will have to first negotiate their game at home and hope that Dove FC lose.

Elsewhere, Kitara FC who lodged a petition against Dove FC, will play Kireka United at the Kigaya Grounds in Hoima.

In the Elgon Pool, UPDF can confirm their slot in the playoffs should they pick at least a point against Nebbi Central.

The army men are third on the log with 34 points, three clear of fourth placed Doves All Stars who host the already promoted Wakiso Giants in Arua.

Kataka FC and Amuka Bright Stars face off in a relegation decider in Mbale with the eventual loser completing the list of relegation teams.

A draw for the hosts can save their Big League status while Amuka have to win by all means if they are to stay in second tier for yet another season.

Former Premier League side JMC Hippos who already played all their games, will be relegated by any result from the Kataka FC vs. Amuka Bright Stars game.

Kyetume will play against the relegated Entebbe FC at Bugonga in the fourth Elgon fixture.