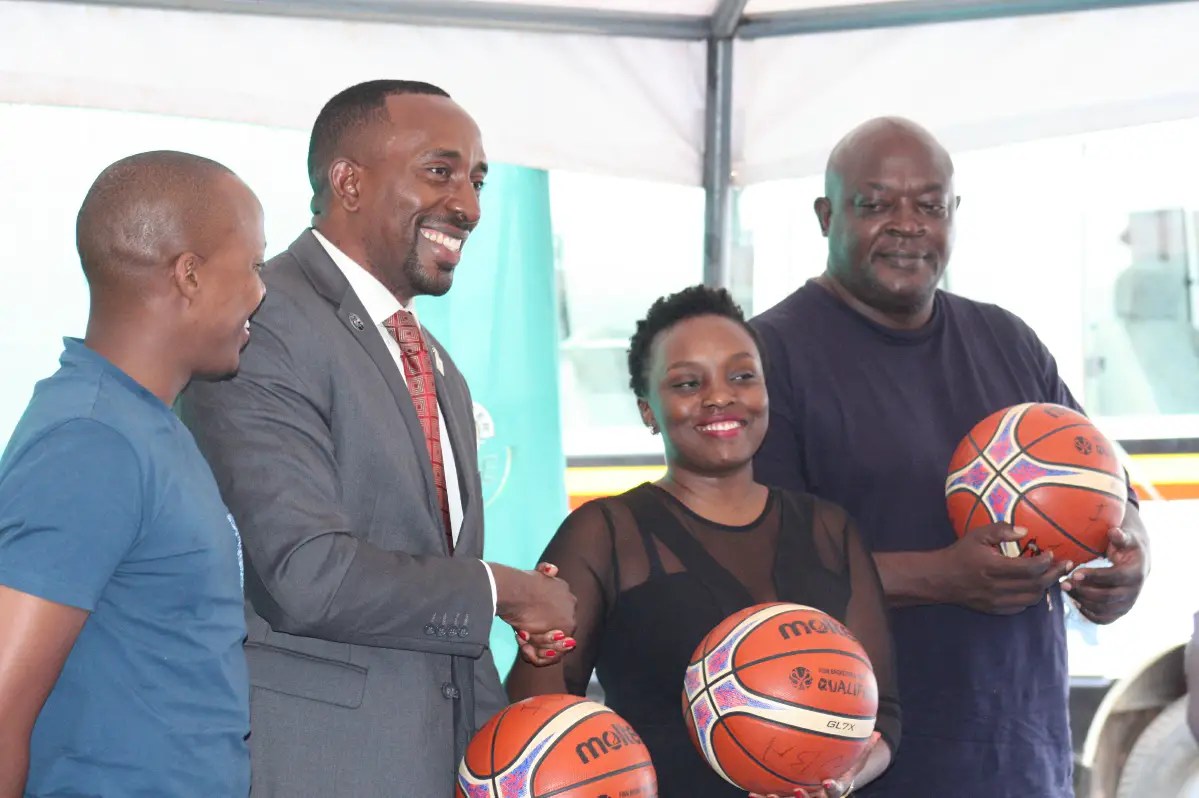 The Federation of Ugandan Basketball Association ( FUBA) has unveiled its sponsor for the NBL 2018-19 season and 3X3 activities in their official press at UOC offices where the federation president Tashobya Ambrose had a word with the press,

“We are grateful to our official Beer sponsor Tusker Lite that will be supporting the 2018 league with 50 Million Ugandan Shillings and 3X3 local activities with another 50 million shillings throughout the year.

Besides the league and 3×3 local program has the president also laid the other FUBA engagement programs to the Media, he said,

Ambrose Tashobya during the press conference at the unveiling ceremony

“In addition to these, we shall have 3X3 National activities:
The World cup for the senior Women 8th-12th June Philippines.
The U.23 League 1st-3rd June Mongolia.

Our Gazelles will represent Uganda
in the women’s category and for the first time in our history. As a federation, we qualified to be part of the 3X3 National Teams development program by FIBA, which seeks to fast track African Nations for possible Olympic qualifications for 2020
ollympic games.

Under this program, we will feature in the U23 Nations League (Asia/Africa conference) and Possibly the FIBA U23 World cup in October. Uganda will also feature in the Zone V Africa Cup qualifiers for 3X3 in Dares Salaam, 18 June together with the U18 Zone V Preliminaries 17th-22nd June.

We have also qualified for Africa youth games to be held in Algiers
17th -27th June 2018. We shall be represented by both boys and girls
teams.

The seniors (SilverBacks) were able to finish 2nd in group B during the 1st round qualifiers in Bamako, Mali in February 2018 having played
against Nigeria, Mali and Rwanda, and therefore will be going to Lagos
Nigeria for 2nd round World cup qualifiers playing the same teams.

The best three teams will then automatically qualify for Afro Basketball in 2019 and qualifying for the last round of the world cup
qualifiers” concluded the President.

The NBL had to go an entire season 2017-18 without a sponsor since parting ways with Pepsi but the stress has been dunked behind with the coming of Tusker Lite to grace the new season that will kick start with frames of fire as Defending and 5 time champions City Oilers will take on another 5 time champions Betway Power on 12th-May 2018 inside the MTN Arena.

Betway Power Basketball Club scoops a 200 million deal as they unveil 7 new players head of the 2018-19 NBL Season.
The Tusker Lite 2018-19 NBL season opens in an epic show down