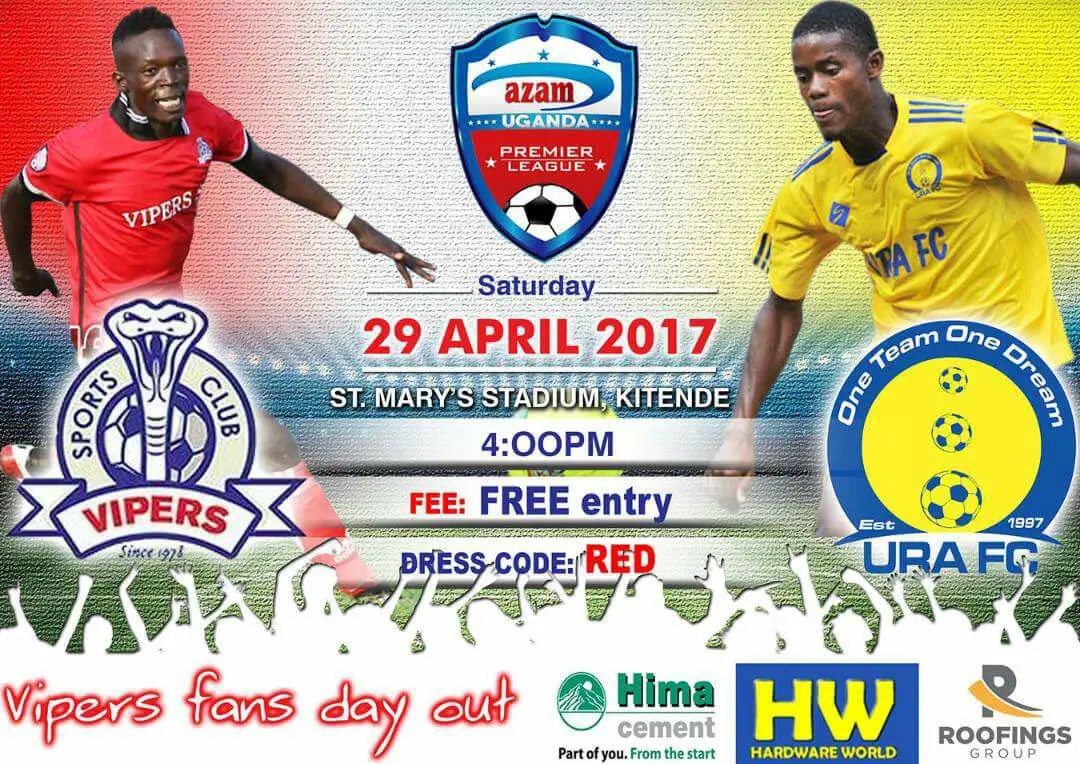 Last month Vipers officially opened their St Mary’s stadium in Kitende. The 25000 capacity stadium is the first stadium to be owned by an individual in the pearl of Africa

Vipers president Lawrence Mulindwa earlier informed club fans that,no game will be watched at the stadium with a fee of 5000 and put up a standard fee of 10000.Many fans were disappointed

The vipers patron however,told the fans that even clubs in Europe have standard fees for game entry. In doing so the honorary Fufa President wanted his fans to know that the club is moving forward

He however assured them that they will have a free entry game before the season commences.

The fans promise has been now made official.Vipers vs URA game at StMary’s stadium will be free of charge to fans as to mr.Mulindwa.

They wish for ,we work for it