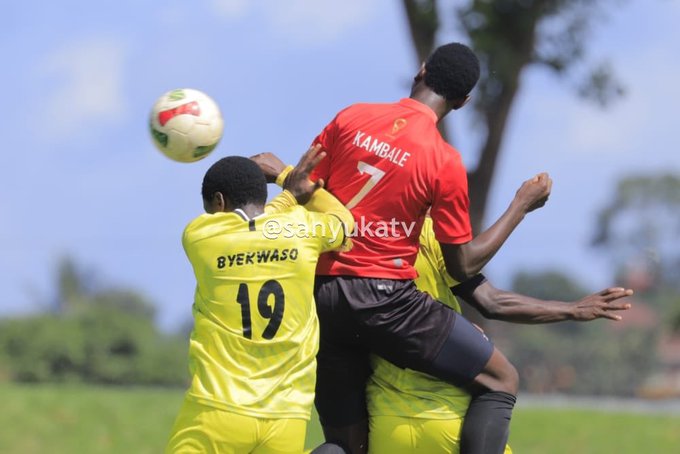 Express FC title hopes were dealt huge blow after the Red Eagles were held to a 1-1 draw by 10-man Mbarara City at Wankulukuku.

Martin Kizza scored for Express before Henry Kitegenyi equalized shortly after the Ankole Lions had been reduced to 10 men.

After a barren first half, Kizza broke the deadlock with a nicely taken low free kick right at the edge of the box following a Pistis Balenge handball in the 48th minute.

The Red Eagles struggled to dominate the game even after they were handed a numerical advantage. Defender Ronald Otti was shown a second yellow for bringing down an onrushing Charles Musiige in the 51st minute.

Mbarara City, who were without head coach Livingstone Mbabazi for obscure reasons, had Sadick Ssempigi in the dug out. They cope up with the game despite being a man-less.

Ssempigi commanded his charges to attack for a leveller when Kizza, who proved a threat for Mbarara City defence, was brought off with a slight injury and Ivan Mayanja took his place.

Henry Kitegenyi scored the equalizer from close range following a goal mouth melee from a corner kick in the 72nd minute.

Wasswa Bbosa brought on Frank Kalanda and Muzamir Mutyaba in order to find a winning goal but nothing came.