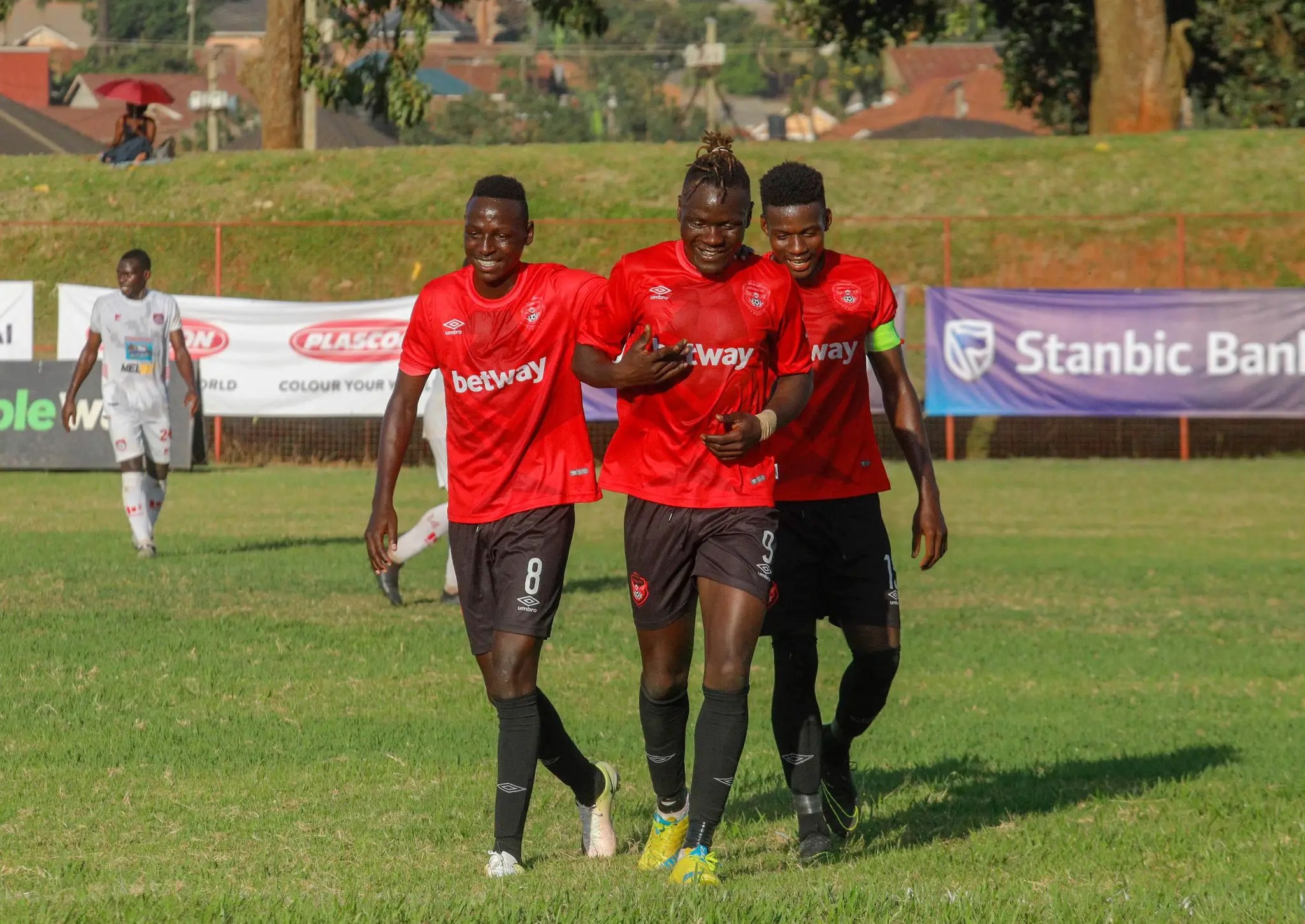 Frank Kalanda will continue leading the line in Senkaba's absence

Express FC will be hoping to return to winning ways as they welcome Livingstone Mbabazi’s Mbarara City at Wankulukuku.

The game comes after The Red Eagles were held to a goalless draw by SC Villa in the derby early this week. Mbarara City managed to overcome MYDA 2-1 thanks to goal from Solomon Okwalinga and Raymond Onyai.

Express are third on the table with 36 points, six behind table leaders Vipers and URA who convincingly won their games on Friday. A win for Express will close the gap to three points.

Mbarara City are 11th with 20 points accumulated from the 17 games played so far and any positive result will keep their unbeaten run under Mbabazi intact.

The Ankole Lions are yet to lose a league game since the Cranes assistant coach took charge of the team. They have won twice and drawn the other.

The past eight meetings between the two sides have seen both sides win three games apiece while the other two have ended in draws including a 1-1 in the most recent one at Kakyeka.

Express will once again be without defender Murushid Jjuuko who is serving suspension and Abel Eturude who is nursing an ankle injury.

George Ssenkaaba and left back Arthur Kiggundu have returned to training but won’t take part in this encounter.

Erick Kambale, Martin Kizza and Godfrey Lwesibawa will be Wasswa Bbosa’s go to men in search for a six home win.

Mbarara City will once again be without Hilary Mukundane and Stephen Othieno who are completing their fourth match suspension. Karim Ramathan, Jasper Aheebwa, Soulaymane Bamba, Ronald Edwok and Wol Makweth are ruled out of this one.

Henry Kitegenyi, Raymond Onyai and Okwalinga are some of the players Mbabazi will rely on for a positive result.

The game will be played at 3:00pm and televised live on Sanyuka TV.