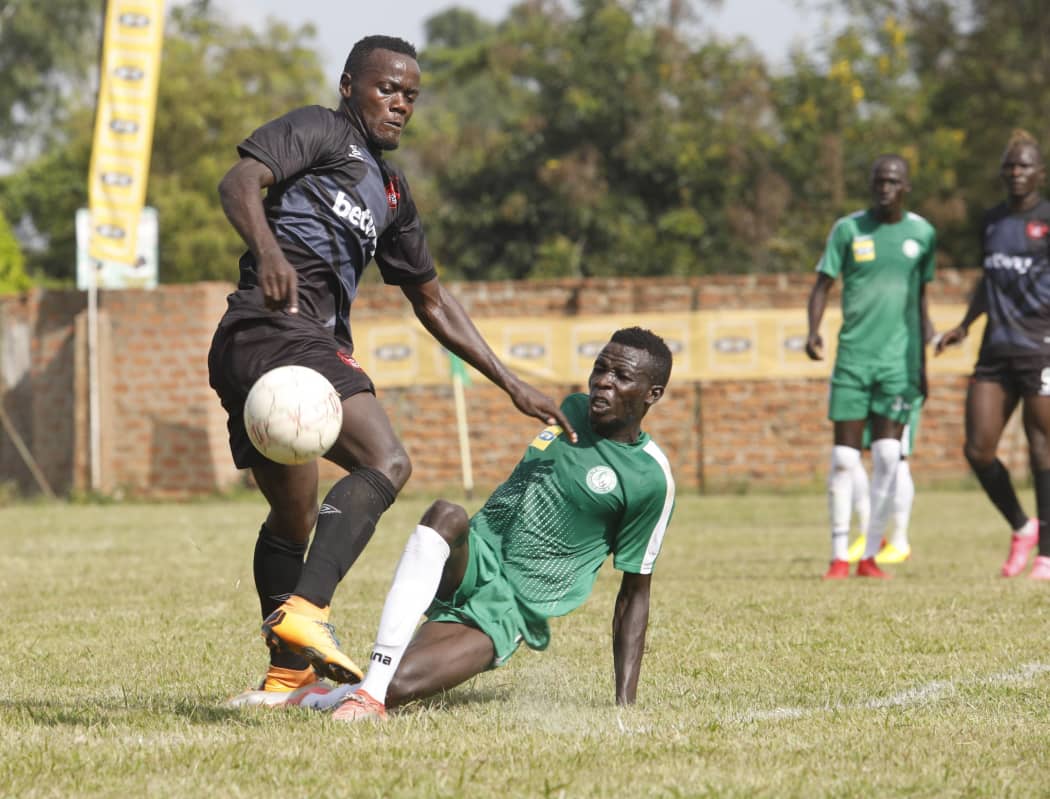 Express FC attacking midfielder Charles Musiige has officially returned to training following an injury layoff that kept him out of the final two games of the previous year.

Musiige says he is delighted to return to light training as the Red Eagles intensify preparations for the league resumption slated next month.

“I am glad to be back although I started light training, I can now make a few runs and sprints. I’m so sure I will be back stronger and better,”

” I’m also glad all my mates reported back in good health, as a team we look good in shape, it’s important because we continue preparing as a team, mine is to work harder, create more and score when the opportunity comes but the main aim is to get silverware at the end of the season.” He added.

Musiige joined Express at the start of the season from Tooro United and is expected to be key for Wasswa Bbosa’s charges this campaign.

The former Nyamityobora FC forward made his debut in Express’ 1-1 draw against Onduparaka in Arua.

He made an explosive run down the left wing to set up Eric Kambale who scored the second goal in the club’s 2-1 win over Soltilo Bright Stars at Wankulukuku and subsequently limped off with an injury.

He missed games against Mbarara City and SC Villa rivals at Kakyeka and Wankulukuku respectively.

Express have already received another boost from the timely return of midfielder Mahad Yaya Kakooza who had missed the first four games with a knee injury.

They are sixth on the UPL table with eight points from four games played. They are expected to return to action against URA when the league resumes next month.