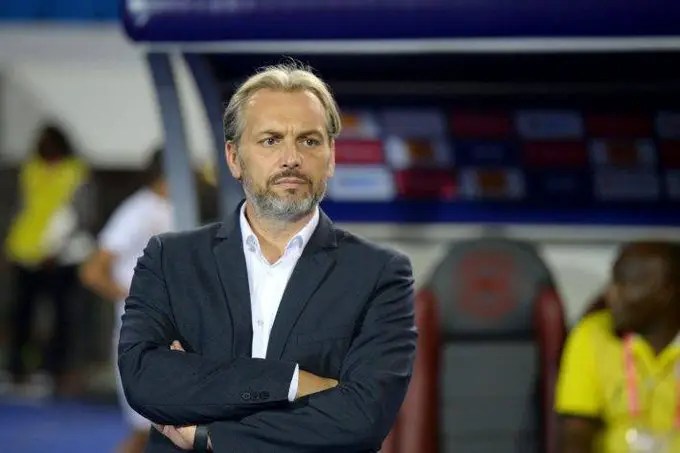 Wydad Casablanca have parted company with Frenchman Sebastien Desabre after only six games in charge.

Desabre was appointed last month but only managed to win two games and one draw, losing the other three.

It is understood that former Villarreal, Al Ahly and Raja Casablanca coach Juan Carlos Garrido will replace Desabre with his immediate assignment being the CAF Champions League quarter final against Etoile du Sahel on Saturday.

Desabre is set to become the new head coach of the Ivory Coast national team ahead of the forthcoming International break.

This will be Desabre’s second stint in the West African nation having previously coached at ASEC Mimosas between 2010-12.

The 43-year old has in the recent past coached at Ismaily SC, Recreativo Libolo, Cotton Sport, Esperance de Tunis and Pyramids FC among others