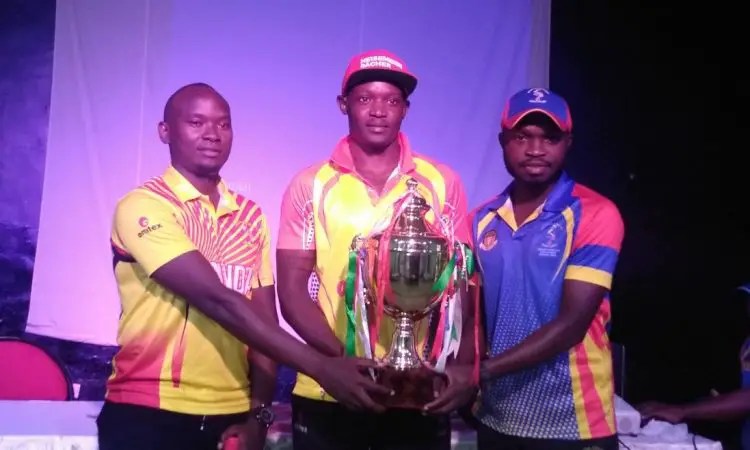 The Uganda Cricket Association have confirmed receiving the greenlight from National Council of Sports to stage the inaugural edition of the Elite T20 league.

The tournament will kick off on Sunday October, 25th to 31st and will attract 45 best players in the country who have been selected by the UCA technical team.

Three teams will take part in the tournament which will be played per day for six days and the final on the last day.

All the players had their Covid-19 tests done on 22nd October at Lugogo before they are all put in a bubble.

UCA have offered Shs3m for the winning franchise and 500,000 for the man of series.

All players in the tournament will take home a stipend from UCA as a daily allowance to each of them.

PEPSI has also boosted the tournament with an offer of T-shirt, 80 cartoons of water and 16 crates of Soda.

Karveli Restaurant has offered 15 food vouchers for every fan who will be following the tournament online while Hisense has offered 15 mobile phones to be awarded to the winning team.